5G connectivity on the horizon? 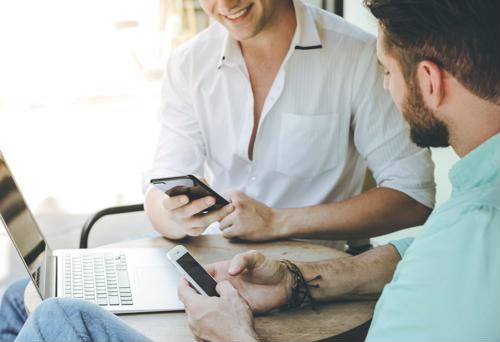 At the moment 4G LTE wireless networks are standard across the globe. More than 900 million mobile users access these systems worldwide, according to research from Statista. That figure is expected to balloon to over 1.8 billion within the next three years.

However, as usage numbers for this technology soar, an alternative gains steam in the background. Telecommunications innovators are now evaluating the next generation of mobile connectivity: 5G.

While this technology will not be available for years, industry insiders are already abuzz over the potential it might hold, Wired reported. Those responsible for developing scalable 5G networks believe such systems will vastly outperform their predecessors, offering mobile users better speed, stability and versatility.

That said, there are some roadblocks that hinder progress toward this exciting new future. Most notably, high-frequency wireless waves do not travel as far their low frequency counterparts, a state of affairs that complicates the network construction practices.

Additionally, these waves often cannot bypass physical obstacles as easily as the low-frequency wireless oscillations. With these variables in play, those on the ground floor of 5G development are forced to solve large-scale logistics issues even before mapping out networks or conceiving product offerings.

5G networks development efforts are gaining steam across the globe.

Early adopters enter the fray
The roadblocks mentioned above have not prevented early adopters from publicizing their 5G pursuits. Verizon Wireless is the most visible proponent of the technology. The telecommunications giant has orchestrated several very public moves as of late that indicate it's going all in on the 5G.

Last month, Verizon outbid competitor AT&T to acquire Straight Path Communications, a Glen Allen, Virginia firm that specializes in high-frequency wireless networking, according to The Wall Street Journal. Verizon purchased the burgeoning company for $3.1 billion. Now, Verizon seems poised to deploy the technology, a goal it established two years ago when it announced preliminary plans to offer consumer-grade 5G by the end of 2017, CNET reported.

Of course, Verizon is not alone. Last month, T-Mobile announced that it plans to roll out fully-functional nationwide 5G access within three years, according to a company press release. As wireless providers accelerate 5G development efforts, device makers ready themselves for the forthcoming sea change.

In May, Apple filed documentation with the Federal Communications Commission stating its intention to field test devices designed for these advanced networks, Wired reported. Samsung did something similar back in February, announcing plans to develop a suite of products centered on 5G technology, according to a press release.

These developments indicate that 5G networking is well within reach. As industry stalwarts like T-Mobile and Verizon stake out this technology, Perle will be there to provide the infrastructure needed to deploy nationwide 5G networks.

Our console servers, Ethernet extenders and media converters already support telecommunication companies across the globe, including both T-Mobile and Verizon. Connect with us to learn more about our work within this industry.