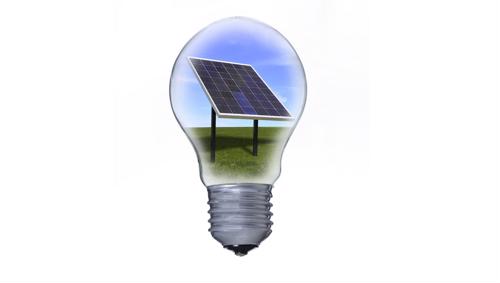 Data center operators are well aware that the average capacity for facilities is trending upwards along with increased customer demands for reliable storage. Likewise, facilities opening their doors to data analytics will need the resources necessary to keep up with a massive influx of relevant information. While guiding companies in these new directions is a chief concern for decision-makers, often these strategies are deployed without accounting for the uptick in energy consumption associated with these developments.

Forbes reported that data facilities of all sizes are rapidly integrating solar, wind, thermal, water and other non-traditional energy resources to offset the rapidly increasing amounts of energy waste that occurs when powering and cooling large centers. Examining the industry's leaders and their most recent investments in alternative energy highlights how data centers of all sizes can reduce their energy costs.

"Alternative energy can help how data centers of all sizes reduce their electricity costs."

Bloomberg facility uses solar to reduce costs and emissions
Bloomberg's newest data center, recently opened in Orangetown, New York, will advantage of solar generation to address its high electricity costs. A solar upgrade in the works will add almost 3 MW of solar generation to the facility's energy profile, according to Data Center Knowledge. In addition to offsetting 5 percent of the center's electricity consumption, adding solar power will allow Bloomberg to reduce its total emissions by nearly 12,000 metric tons over the course of its agreement with its solar provider.

The healthy ROI with regard to reducing emissions makes solar adoption an appealing opportunity for data centers of any size, especially those interested in earning nods from green certification organizations like LEED by addressing multiple environmental performance factors.

Russia's largest facility will run on nuclear power
Rosenergoatom power company is in the midst of constructing a data center capable of supporting approximately 10,000 server racks, built in the wake of Russia's tough stance on data sovereignty. In order to avoid powering the facility with electricity, Rosenergoatom engineers have designed the data center draw power from the adjacent Kalinin power station, reported Engadget.

Just ten percent of the data center's storage capacity will be dedicated to serving the needs of Rosenergoatom. The remaining racks will be contracted out to Russian businesses, who will no doubt find ways to maximize the cost-effectiveness of fusion-sustained storage across their holdings in the country. Likewise, smaller facilities can take advantage of affordable storage made possible by renewable upgrades at multiple locations through the use of a robust remote console server.

Microsoft makes good on its wind power promise
WinBeta reported that just a year ago, Microsoft acquired a 175MW wind power plant on the outskirts of Chicago, promising to use the new asset to transform energy use at the tech giant's local data center. This project has already made major strides in a year's time. Microsoft already has the wind facility up and running, and estimates project that the integration of renewable energy will reduce emissions by almost 330,000 tons each year.

Ocean power is just one of many new energy possibilities for data centers.

The Nautilus data barge takes alternative energy to the next sea level
The ocean is one of the most powerful sources of energy on the planet, but fear of mixing salt water with data center components has limited attempts by the tech industry to harvest this resource. This apprehension may soon recede thanks to a novel strategy pioneered by Nautilus Data Technologies Inc.

According to TechTarget, Nautilus is currently working on converting a 230-foot long barge into a 30,000 square feet data center. By drawing on cold ocean water for cooling the data center, barge-based data centers are able to considerably reduce electricity costs related to temperature control.