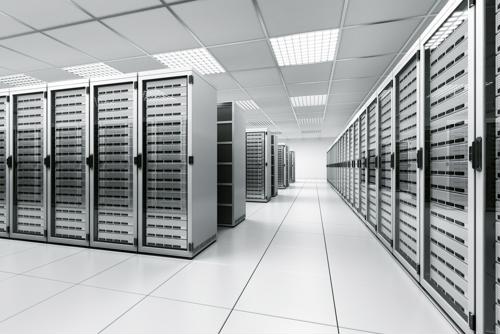 Today's IT market has been heavily influenced by an industry wide shift toward a more streamlined data center architecture. The rise of the cloud and virtualization has given IT managers untold flexibility in how they evaluate and arrange hardware in the data center. Unfortunately, the move to reduce waste of all types in the data center has, ironically, produced a new type of waste category.

"Thousands of servers are going unused in data centers across the country."

Thousands of servers are going unused in data centers across the country, partly in response to the aggressive adoption of new organization strategies and alternatives to on-site storage. Massive amounts of unused storage space are also created when poor communication between members of the company hierarchy lead to redundancies in hardware investments. Watch for and address these issues before they compromise the performance of the entire facility.

Idle servers represent wasted energy and business potential
There's no question that the data center industry has a storage space issue in need of solving. According to a recent report released by IT consulting firm Anthesis Group, there are over 10 million physical servers currently deployed but not in use throughout the country. This redundant hardware represents nearly $30 billion in potential infrastructure revenue being wasted on an annual basis, a value that shines light on the extent that space and power are being wasted in the status quo.

Ultimately, IT teams must identify the existing communication gaps that created these redundancies in the first place. Better efficiency is an impossible goal to achieve while breakdowns of information sharing continue to generate redundancies in data center hardware investments.

Siloed resources must be reorganized for consolidation
One organizational pattern that has repeatedly contributed to hardware redundancy in the data center is the siloing of resources in IT. Lack of a central company IT strategy and communication between IT managers will inevitably lead to professionals purchasing duplicate pieces of expensive hardware. Looking at IT from a centralized perspective greatly simplifies the task of deciding on hardware purchases. It's far easier to develop specific solutions if IT teams are given a single picture of the company's tech strategy to work around.

Converting your tech team from a set of smaller hierarchies into a single, cohesive department require serious restructuring of your company's IT department. Simplifying this employee organization can help to simplify the company's logistics beyond cost-effective resource use as well.

Numerous solutions for IT teams looking to use space more effectively
There's no shortage of ways that your company can update the organization of the entire IT department, from architecture to personnel. StateTech Magazine emphasized that teams should commit to virtual machines and finally free up the leftover physical workspace for new applications.

Consolidation can help you transform infrastructure for the better.

Remember that consolidation doesn't stop at hardware setup. Saving space also requires IT teams to come up with creative means of saving space, such as using remote console servers across multiple locations in lieu of investing in brand new hardware to conveniently share data. Even small improvements can have a lasting impact on the bottom line of the facility, so be wary of writing off any potential improvements as not being worth the time or investment.