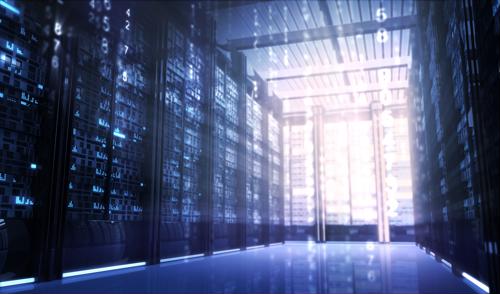 Protecting private networks from external threats has long troubled cybersecurity experts in nearly every industry. Traditionally, organizations focused on creating a strong buffer between privately and locally managed networks. This was achieved by limiting outside access to internal servers, closely monitoring traffic and heading off cyberthreats before they breached a network's outer defenses. This type of system design, often called network perimeter security, has been the norm for over a decade, but recent developments in IoT and mobile technologies are forcing companies to adapt.

Breaking down the network perimeter
The concept of a network perimeter is rather straightforward: safeguarding a company's internal hardware, software, web applications and data requires a strong layer of defense at the boundary between networks. According to Barracuda Networks, this is typically achieved by deploying one or more of the following cybersecurity solutions:

While these are only a few of the tools used in network perimeter security, they represent key defenses against external threats to a private network. That said, many companies do not have a clearly defined boundary thanks to the integration of IoT technologies, the rise in remote employees and the use of personal mobile devices for work-related purposes. Although VPNs have afforded companies a means of insulating authenticated external traffic from the open internet, they are far from perfect.

The rise of borderless network security
The digitization of modern enterprise environments has created an urgent need for networking frameworks that allow users to securely access important data, applications and other assets remotely. According to a 2018 study by International Workplace Group, more than two-thirds of employees around the world work remotely at least once per week. This reshaping of modern work environments has essentially erased the well-defined trust boundaries around enterprise networks, thanks in part to cloud storage and software-as-a-service products. Sensitive data and web applications are no longer stored onsite, which creates a host of cybersecurity and access challenges for IT administrators.

Under this network architecture, every device that connects to an organization's private servers, from both internal and external sources, represents a possible attack vector for cybercriminals. For example, if an employee's smartphone is infected with malware when it connects to the company's network, there is a chance it could spread throughout the entire system. According to a recent article from CSO Online, borderless security addresses these and other security threats by integrating a variety of network-level and device-level protections, including:

Ultimately, the best cybersecurity strategy is to incorporate elements of both perimeter and borderless network architectures into one unified framework. While such a hybrid security system may require some upfront costs, the benefits are well worth the investment. Perle offers powerful connectivity tools that can help organizations maximize their network security and storage applications.  Our industrial-grade Ethernet switches and console servers are designed to work within big data environments that rely on the uninterrupted flow of data stores. Read some of our customer stories to find out more.