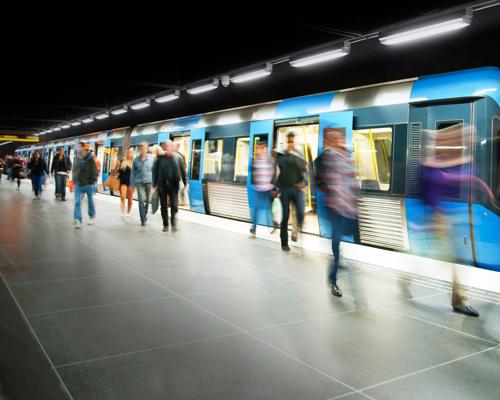 Millions of Americans in cities such as Boston, Chicago, New York and Philadelphia navigate underground subway systems daily. In New York alone, more than 5.5 million residents take the train during the average workday, according to research from Metropolitan Transportation Authority. Sadly, vital transit networks like the New York City Subway are falling apart and, in the process, continually contributing to the national transportation repair backlog which now stands at more the $90 billion, analysts for the American Society of Civil Engineers found.

Innovation is needed to raise these essential pieces of infrastructure from the dead so they can support increasing ridership. Many in the transportation space believe technology associated with the internet of things could help metropolitan cities turn the corner in this regard. Why? Subway systems in other countries around the globe are already harnessing the power of IoT technology to bolster transit efficiency and improve the rider experience.

Innovation in the Underground
The London Underground, opened in 1863, served as the blueprint for most modern subterranean railways. Today, the system continues to catalyze forward momentum in the transportation sector through its innovative use of IoT technology, Fast Company reported. In recent years, Transport for London, the government group that manages the Underground, has put in place thousands of sensors in stations throughout the city. Air conditioning, public announcement and security camera systems now include these fixtures, which allow on-site managers to manipulate them remotely. The IoT sensors also gather data that can be used to bolster efficiency and cut costs.

In 2015, the Underground added to its array of IoT with a Bluetooth-enabled beacon system that helps ferry the visually impaired through crowded subway stations, according to a press release. Users can download the Royal London Society for Blind People's Wayfindr mobile application, which works with the beacons to provide spacial prompts. The Tokyo Metro is testing a similar solution that leverage augmented reality and Bluetooth to aid passengers of all abilities as they go to their final destination, the International Data Group reported.

These innovations are, of course, the tip of the iceberg. IoT technology presents countless opportunities for operational improvement. From train maintenance to passenger comfort, connected fixtures have the power to holistically transform modern subway systems.

Transformation on the horizon
Metropolitan transportation departments have been historically slow to embrace underground innovation. Cities like Boston and New York still rely on decades- and sometimes centuries-old equipment. That said, innovators have managed to make some progress. Earlier this year, the MTA rolled out system-wide Wi-Fi and mobile phone service to the delight of signal-starved passengers, The New York Times reported. This technology, while relatively tame compared to more advanced solutions on the market, could help facilitate the movement toward IoT-based modernization in the American subway space.

As this movement gains momentum, Perle will be there to offer the cutting-edge networking solutions needed to support mass IoT transportation frameworks. Public transit powerhouses such as the Federal Aviation Administration and Heathrow Airport already rely on our device servers and terminal serves. Connect with us today to learn more about our work in the transportation sector and how our devices can facilitate large-scale IoT infrastructure stable enough to support large populations.