Can IoT save farming? 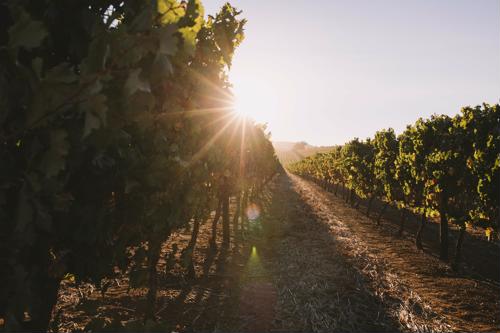 The American agricultural sector is in dire straits. Farm incomes have dropped significantly over the last four years, according to research from The Wall Street Journal. Analysts for the Department of Agriculture expect this decline to continue throughout 2017, resulting in an annual net farm income of just $62.3 billion - exactly half the amount generated in 2013. As earnings in the industry fall, jobs dry up, once-bustling estates close and rural regions collapse, NPR reported.

These ripple effects are indeed troubling, which is why innovators inside and outside of the agriculture space are looking for solutions. Many have set their sights on technologies associated with the Internet of Things.

Navigating a troubling evolution
Experts believe the U.S. agricultural industry is currently entering the third stage of a three-part evolution, The New York Times reported. During the first phase, which is said to have unfolded over the centuries leading up to 1920, early farmers perfected rudimentary cultivation techniques and focused on small-scale production. Industrial agriculture characterized the second stage, as farms expanded in scale, adopted advanced equipment and began using fertilizer. This initial growth lasted until 2010, when the third and final phase of U.S. agricultural development took hold - the era of the smart farm.

Industry stakeholders hope the innovations uncovered in this age not only move farming forward but also solve some of the serious problems that have emerged as a result of the industrial agriculture movement. For example, to meet the need for large-scale production demand, many farmers took on great debt to purchase the industrial-grade machinery and cutting-edge irrigation systems needed to nurse hectares of land. This strategy worked well for decades. However, with the amount of farmable land dropping, there is no need for such large-scale farming operations - efficiency is now the key. Consequently, many American farmers are struggling with debt just as agricultural industries in other nations pick up steam. As a result, large numbers are leaving the profession altogether, a phenomenon that posses great risk to the U.S. farming sector, The Wall Street Journal reported.

"Do I go work at Wal-Mart as a greeter or as a parts man at the mechanics shop?" farmer David Radenberg, who may oversee his last crop this year, asked the newspaper.

"The U.S. agricultural industry has entered the smart farm era."

Technology to the rescue
Innovators hope they can help long-time growers like Radenberg in business and future-proof the industry via connected IoT technology. These forward-thinkers are quickly developing sensor-based farming systems that give farmers the power to better predict their yields based on soil composition and other factors. For instance, tractor maker John Deere has rolled out field equipment that actually maps the soil and lays seed with an accuracy of 3 centimeters, The Economist reported. Other growers are wiring their farms with advanced irrigation systems that use IoT sensors to monitor the soil, which then deliver the data, through the cloud, to an automated drip network that drops customized mixtures of fertilizer, nutrients and water onto the plants below. This approach cuts operating costs and allows farmers to grow in-demand products that bring in large sums at the market.

These technologies could help farmers maintain more sustainable operations, while also maximizing productivity and ultimately saving an industry in turmoil and the communities it drives. As agricultural innovators integrate IoT into the farming sector, Perle will be there to provide the critical networking infrastructure needed to facilitate smart farm setups. Our industrial Ethernet switches, device servers and terminal servers already power field-based IoT configurations in the renewable energy and transportation sectors. Connect with us today to learn more about our work.