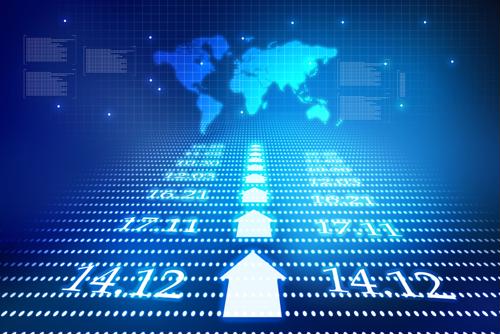 The demand for data storage solutions in China is on the rise. The latest TechNavio forecast predicted the data center market is expected to experience a compound annual growth rate of 18 percent between 2013 and 2018. This rapid growth has been urged on by the Chinese government. Just a year ago, the Ministry of Industry and Information Technology mandated that all new homes be built with fiber-optic connections, reinforcing the need for fiber-to-ethernet solutions. That's why it's no surprise that CenturyLink has decided to do business in China, opening a data facility on the mainland. However, the contentious relationship between the U.S.A. and China adds political weight to this business deal.

Growth despite tensions
Little love has been lost between China and the United States as the Asian power has positioned itself to erase the innovation gaps between the East and the West. eWeek reports that China has to subsidize tech companies from across the globe in an effort to equalize the international IT playing field. Tech firms from Russia, India, South Africa and Brazil have enjoyed over $100 billion worth of development grants courtesy of the Chinese government.

Senators and Representatives stateside have reacted to these cagey maneuvers with audible suspicion. Some lawmakers have even suggested that China's support of international tech companies doubles as a ploy to gain more control over hardware that may one day become a worldwide standard. These negative attitudes have been mirrored by China, and paranoia toward the American IT community has created extra business for the Chinese data market sector.

Managing data over borders
Brian Klingbeil, senior vice president of international development at CenturyLink, explained to Data Center Knowledge that the company has smoothed over these tensions by playing by China's rules. Klingbeil noted that companies that expect to compete directly in the Chinese IT community must be willing "host their IT in China."

This attitude explains in part why CenturyLink invested resources to build a facility in mainland China, despite the presence of several data centers across the Asian-Pacific region. Building in mainland China was also practical for IT-related reasons as well. The Asian nation's cross-border data surveillance system, the Golden Shield Project, creates significant slowdown for data passing in and out of China. CenturyLink, or any tech company, could not hope to deliver the same low-latency performance to customers accessing the company's cloud by way of a remote console server.