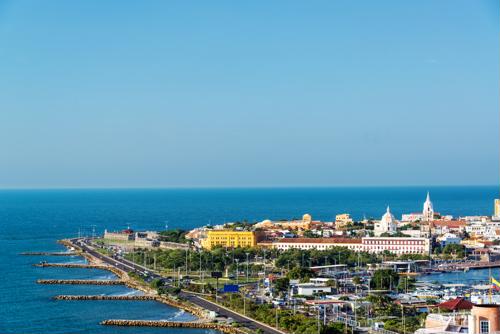 The demand for outsourced storage, colocation facilities and cloud services has driven data center growth across the world, including nations in South America. While Colombia has traditionally lagged behind its neighbors in terms of data center development, recent investments by big-name tech giants have pushed pushed the country in the right direction. Read on to see why Colombia is quickly becoming a destination for IT development, and how expansion efforts in Colombia can teach lessons for data center operators in the United States.

Construction in Colombia ramping up to meet customer demands
Over the past few years, Colombia has worked to catch up with its counterparts in South America in terms of data center infrastructure with much success. Last year, for example, IBM invested $17 million in new data center projects in Colombia, according to eWeek. By April of 2015, Big Blue opened its fourth data center in the country. According to Juan Carlos Hincapie, service manager for IBM Colombia, the new data centers were added to ensure that the company could meet the capacity demanded by its clients, said Data Center Dynamics. Telecom Level 3 Communications has likewise expanded its data center foothold in Colombia, noted Data Center Knowledge. Responding to customers expressing a need for the highest level of reliability, Level 3 recently had its latest Bogota data center recognized by the Uptime Institute with Tier III Certification by equipping the data center with extra redundancy measures and multiple backup distribution paths.

IT teams in the U.S. can take notes from strategies being employed by Colombian data centers. After all, both markets are tasked with meeting the surging capacity needs of their clients. Level 3's success, for instance, highlights the benefits of using multiple resiliency strategies in tandem, such as using a remote console server to create a physical backup in two separate locations.

The free trade zone advantage
One advantage that Colombia has for attracting business from data center companies is the presence of free trade zones. Free of the costs and logistical difficulties incurred by custom authorities, these sectors within Colombia have provided tech companies with extra reasons to set up shop in the South American country. Members of the country's free trade zone leadership have also vocally expressed their desire to provide help for those looking to build additional contingency facilities to store important data, according to Data Center Dynamics.

Perle's wide range of 1 to 48 port Perle Console Servers provide data center managers and network administrators with secure remote management of any device with a serial console port. Plus, they are the only truly fault-tolerant Console Servers on the market with the advanced security functionality needed to easily perform secure remote data center management and out-of-band management of IT assets from anywhere in the world.