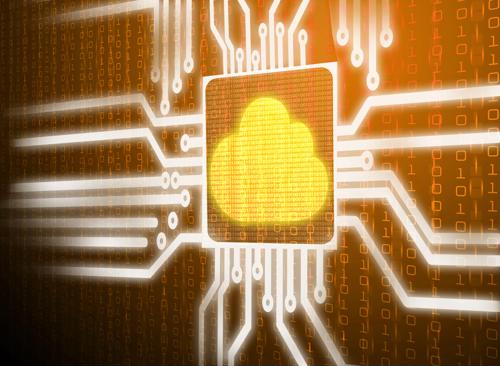 The demand for data storage is expected to continue soaring, driven upward in large part thanks to the rise of big data analytics in the corporate sector. Analytics are gaining visibility as a powerful tactical advantage. As a result, executives are signing off on big data initiatives without considering the readiness of the company's data facilities. While the cost effectiveness and abundant scalability of the public cloud seem like a natural answer to this problem, there are several barriers deterring firms from getting their big data projects up and running on third-party servers. As a result, IT teams will have to weigh the costs of enhancing their on-premise infrastructure or doing big data operations in the cloud.

Companies using big data still wary of the cloud
While the cloud has numerous perks when it comes to data storage, the unique demands of big data analysis can sometimes turn the cloud into a counterproductive investment, and the spending numbers reflect this trend. Recent data released by market analysis company Wikibon showed that just under 5 percent of 2014 big data investments, an expanding market expecting to peak past $35 billion this year, were directed toward cloud services, according to EnterpriseTech. What's holding the burgeoning technology back from widespread deployment? Often the issue comes down to questions of deployment and security.

According to CRN, there are a few vulnerabilities that put pause in IT teams considering the cloud for big data. Often there are concerns that underlying applications of big data analysis, such as software frameworks like Hadoop, are especially vulnerable to infiltration. The public cloud for big data has inherent structural risks as well. The rise of DDoS attacks has, for instance, turned one of the relatively limited downside of shared technology into a major threat to reliability. As a result, customers with strict security protocols and high availability needs, such as government data centers, are typically a poor fit for the cloud as well.

Another group of corporations that are more than likely to steer clear of shared storage for big data operations are those that have yet to experiment with the cloud in the first place. It can be difficult to convince a company that has been successful without relying on cloud-based technology up to this point to commit to the trend if an in-house solution can be found that allows the company to break into big data operations. Businesses that currently operate a majority of their important applications in the cloud would be a better bet for a provider hawking big data storage services.

Adopting cloud solutions too early on can leave companies vulnerable.

Hardware solutions can address capacity problems
In lieu of depending on a storage service provider, companies looking to address the expanding storage needs of big data aspirations must instead look to on-premise infrastructure upgrades in existing or new facilities. According to a survey by research firm ESG, 18 percent of responding companies are looking to add non-virtualized servers to account for the demands of big data. Another 30 percent are interested in applying fully virtualized infrastructure with another 10 percent considering a mix of on-premise and third-party storage, said TechTarget.

When looking for an in-house solution to big data storage, the resource recommended that IT teams prioritize the scalability, long-term cost and versatility when making infrastructure investments. Companies interested in opening a new facility to manage their analytics operations, for example, would be smart to invest in remote console servers as means of streamlining the transfer of vital information between new and existing data centers. Ultimately, the nuances of a company's workload will determine the best way to manage analytics-driven growth.