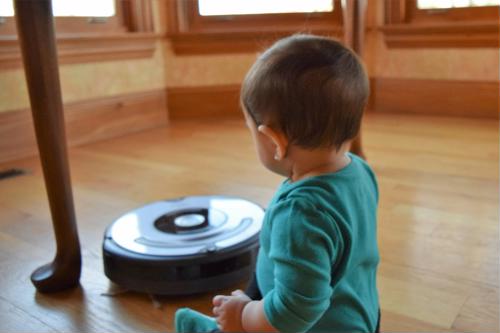 The Internet of Things continues to grow exponentially as technology companies develop and distribute transformative products that allow end users across the globe to streamline the background processes of daily life via internet connectivity. From smartwatches that deliver just-in-time meeting notifications to synthetic workout gear with sewn-in sensors capable of collecting health information on the go, these devices are popping up everywhere. There will be an estimated 20.8 billion of them connected to the web by 2020, according to Gartner.

While a number of trends within the IoT universe are collectively driving this growth, one key development may propel the market to new heights over the next year: smart home technology. This brand of connected technology gained a foothold back in 2010 and has since increased in popularity, according to data from the research firm IHS Technology. Last year, roughly 80 million smart home devices shipped out to consumers here and abroad. Analysts believe this number will shoot up over the course of 2017, as more families incorporate advanced web-enabled technology into their households. Why? Device makers are improving their marketing strategies and quantifying the value of their products, CNBC reported.

"What the large players in the market like a Comcast, AT&T, and security providers like Vivint, what these companies can do is provide more marketing and provide more opportunities for consumers to use these products first hand," Blake Kozak, a principal analyst at IHS, told the news organization. "Get these products in front of them, because it's very difficult just watching advertisements on TV, as to what the true value is."

Many are doing just that, opening digital and physical experiential retail spaces within which customers can explore available devices. This, along with the normalization of intelligent devices, may make 2017 the year of smart home technology. Those looking into this brand of electronics will have their options cut out for them, as companies such as Amazon, Google and Nest Labs continue to roll out new web-enabled devices at breakneck speed. In January, these firms and others at the forefront of the smart home movement descended on Las Vegas for the 2017 Consumer Electronics Show, debuting a host of transformative new products, The Verge reported.

Cooking up the connected kitchen
A large number of presenters showed off new kitchen appliances designed to digitize the cooking process and other associated tasks. German device maker Vorwerk debuted the latest version of the Thermomix, a countertop device that resembles a blender and can cook full meals. Users can access a regularly updated digital cookbook through a Wi-Fi-enabled dongle that attaches to its side.

Smarter and Aryballe Technologies tackled another key component of the meal preparation process: Food storage. Smarter released the FridgeCam, which attaches to the inside of the refrigerator and leverages optical software to scan nearby food items and notify homeowners when expiration dates near. End users view these updates via a mobile application. They can also use the portal to manually enter Items without barcodes or labels and access customized recipes that use the food in their fridges. The NeOse from Aryballe Technologies carries out similar functions but leverages revolutionary new components to monitor chilled ingredients. The device uses specialized sensors to sort through food odors, the parsing airborne chemicals emitting from these objects and comparing them to a catalog of known smells in an online database. Using this information, the NeOse can determine if items present are still viable and send scent profiles to end-users wirelessly. However, it's unlikely that many consumers will adopt this technology, as one of these bionic noses will cost between $10,000 and $15,000. Even so, this connected device could open up new opportunities for restaurants looking to cut back on waste. Additionally, officials for Aryballe Technologies say companies in the oil and gas industry could one day use the NeOse to detect leaks.

Of course, device makers didn't forget about disposal. Luxury home company Simplehuman debuted a voice-activated trash can that allows users to configure custom commands. The first iteration, which will hit the market in March, comes equipped with limited voice recognition capabilities. Another version, out in May, will include Wi-Fi connectivity, additional languages and a sensor that tracks replacement trash bag stock.

Beauty routines get an upgrade
While many of the smart home gadgets at CES centered on the kitchen and other traditionally technology-friendly home zones, some moved territory normally reserved for manually operated devices. For instance, Cal-Comp showcased a sensor-equipped mirror that analyzes the skin and notifies users of common blemishes, such as red areas or sun spots, according to TechHive. The device, called HiMirror Plus, operates via gesture and voice control so primpers can avoid smudging or breaking the display. Plus, it stores selfies and features a streamlined interface that allows users to create as many as six different profiles.

The French technology firm Kolibree addressed dental health with an electronic toothbrush called the Ara, The Verge reported. However, this device does much more than the average buzzing brush. Artificial intelligence software powers the tool, connecting with embedded bristle sensors that map the mouths of users and offer recommendations for how they might improve their dental regimens. Like most smart home fixtures, the Ara integrates with a proprietary mobile application.

Moms and dads get a helping hand
Smart technology offers myriad benefits for overwhelmed parents. Consequently, firms have developed devices designed to ease the child rearing process, and many debuted these new technologies this year at CES. The San Jose, California-based networking giant Netgear showed off Arlo Baby, an infant monitoring device disguised as an animal toy, according to TechCrunch. However, Arlo Baby, an offshoot of Netgear's industry-leading line of security cameras, is much more than it seems. The gadget, which broadcasts in 1080p, features motion sensors, a night light, a small speaker that can play preconfigured lullabies and two-way communications capabilities that allow parents to speak directly to their children.

The French robotics company Leka rolled out a new toy for children with developmental disabilities, The Verge reported. The spherical device, named after its parent company, uses LED lights and sounds to stimulate adolescent users and features a built-in display that hosts highly configurable learning games. For example, children participate in one activity that asks them to identify certain objects and then touch them to the Leka's sensor-lined exterior. If they answer correctly, the device lights up and an animated face smiles back at them. The firm says this kind of interaction-based play can help disadvantaged kids better connect with the world around them and bolster their cognitive abilities.

CES participants also showcased smart home devices for animal owners. Catspad, another French firm, debuted its proprietary Wi-Fi-enabled cat feeder, which allows users to manage their cats' food and water intake via a mobile application. The base unit, which includes sensors that measure food volume and water purity, can hold as much as 60 ounces of sustenance and 8 liters of H20, meaning animal owners can feed their furry friends remotely for a month.

"The smart home movement continues to build steam and may be poised to break out into the mainstream in 2017."

Roadblocks to smart home innovation
Even as these devices hit the market and attract attention from technology-savvy homeowners, many experts believe considerable roadblocks lie ahead, according to NBC News. For one, whenever wireless, web-enabled devices enter the equation, data privacy and security concerns come with them.

"We are in the nascent ages of smart homes," Gary Davis, chief consumer security evangelist for Intel, told the news organization. "When you say it, everyone says, 'Yeah, I want a smart home.' But really, from a security perspective, they don't understand all of the challenges that come with it."

Device makers and networking companies are well aware of this and have begun to develop security devices that provide a blanket of protection for all of the smart fixtures present in the home. For instance, during CES, telecommunications leader Arris showcased a prototype router equipped with the Mcafee Secure Home Platform.

There are also the complications that come along with installing and maintaining wide-ranging device networks in the home. Even for those with ample experience, integrating multiple smart home tools into one cohesive system poses problems. Nathan Smith, founder of the smart home platform Wink, told NBC News consumers would be wise to start with one simple device and then expand outwards to avoid issues.

Despite these complications, the smart home movement continues to build steam and may be poised to break out into the mainstream in 2017. Here at Perle, we've long championed and facilitated the development of advanced web-enabled technologies. Our fiber media converters, terminal servers and serial cards buttress many of the public telecommunication networks that make smart home technology possible. Connect with us today to learn more about our work within the telecommunications industry and other essential sectors.