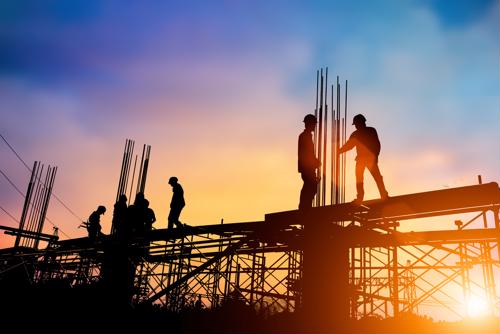 A large number of organizations in the construction industry are at a crossroads. These struggling firms are wrestling with multiple sector-specific difficulties, including staffing shortages, increasing production costs and multiplying work site safety deficiencies. Even as demand for affordable housing rises and incomes tick upward in the wake of the Great Recession, many bereft builders find themselves facing uncertain futures. Industry stakeholders are searching for long-term solutions to the numerous problems that have contributed to this state of affairs. Some believe technology associated with the internet of things could usher in the change needed to turn the construction sector around.

Addressing worksite risks with wearables
More than 200,000 construction workers were injured on the job in 2015, according to research from the Bureau of Labor Statistics. Nearly 1,000 sustained fatal wounds, constituting over 20 percent of the total workplace fatalities recorded that year, the Department of Labor reported. Despite the development of improved workplace safety practices and equipment, employees in the construction industry continue to suffer from high rates of injury. With this disturbing fact in mind, some firms in the space are testing out IoT technology designed to protect workers. Many have adopted wearable vital trackers that collect data similar to the insights connected fitness devices cull from athletes in motion, according to Motherboard.

"Data from wearables can tell a manager if a worker has fallen, has an accelerated heartbeat, or is in a restricted area as well as how productive that worker is," Marla McIntyr, editor for the online industry publication Constructive Executive Tech Trends, told Motherboard.

In addition to these wearable trackers, firms are testing out more extensive, industry-centered solutions such as smart helmets and glasses that leverage augmented reality technology to provide workers with non-intrusive displays designed to relay directions or real-time alerts.

These fixtures hold immense potential, giving contractors the power to address developing safety situations before devolve into catastrophes. This not only benefits workers but also leads to fewer injury-related costs for employers, including compliance penalties that range from $12,675 to $126,749 per violation, according to the Occupational Safety and Health Administration.

Bolstering productivity with robotic technology
With supply costs rising and labor shortages forcing firms to deploy skeleton crews to work sites, productivity in the construction industry is suffering. Today, it takes the average contractor nearly 8 months to construct a saleable single-family home, according to data from the Census Bureau. This figure has moved upward for the last five years. Faced with the notion of slowing production times, some builders are exploring automated IoT technology made to bolster productivity, according to Recode.

Back in 2015, firms in the Northeast began experimenting with the semi-automated mason from Construction Robotics based in Victor, New York, the MIT Technology Review reported. The fixture, which slides along an industrial-grade track and features a pneumatic metal arm, can lay 300 to 500 bricks per day with the help of one human mason. Together, such a pair can do the work of four trained bricklayers. The machine also performs menial tasks like cleaning away extra mortar or lifting supplies during work site setup. While SAM works using algorithms and pre-configured data, it made to adjust on the fly.

"In construction, your design will say that a window is located exactly 30 feet from the corner of a building, and in reality when you get to the building, nothing is ever where it says it's supposed to be," Scott Peters, founder of Construction Robotics, told the MIT Technology Review. "Masons know how to adapt to that, so we had to design a robot that knows how to do that, too."

Innovations like SAM are materializing across the industry. Some firms are using massive 3-D printers to create structures, while others are equipping work crews with self-driving bulldozers and drones capable of tracking site progress and compiling reports for investors, according to the BBC. These connected technologies signal great progress in the construction industry and preview a near future when robots assist human construction workers in erecting quality structures with great speed and accuracy.

As construction organizations explore IoT technology, Perle will be there to provide the critical networking infrastructure needed to support such advanced devices. Our device servers, Ethernet extenders and media converters form the backbone of critical automated industrial systems at leading firms across the globe. Connect with us today to learn more about our work.