Cryptocurrency and IoT come together 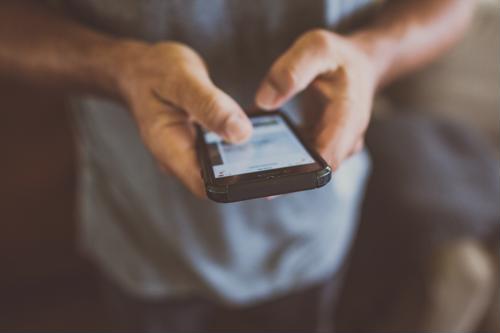 Mass digitization has catalyzed numerous technological movements. From the ascendance of the smartphone to the e-commerce revolution, a number of transformative digital innovations have captured the attention of the innovation-obsessed public and made significant impact in recent years. However, two particular technological trends stand out as most buzz worthy: the expansion of the internet of things and the development of cryptocurrency. The former opened the door to an entirely connected world now populated by more than 8.3 billion devices, according to research from Gartner. The latter holds the potential to democratize currency creation, storage and transfer, setting the stage for an open global economy.

These movements have largely unfolded in isolation - this may soon change. In November, the open-source blockchain and cryptocurrency provider IOTA announced the launch of a worldwide Data Marketplace, Reuters reported. A number of industry stalwarts have signed on to participate the informational agora, including Cisco Systems, Samsung and Volkswagen. Microsoft is also participating in the project, signaling that the venture has real potential, according to an IOTA press release.

"The goal is to enable a true decentralized data marketplace that opens up the data silos that keep data limited to a few entities as is the case today," IOTA Co-Founder David Sonstebo explained. "Data is one of the most imperative ingredients in the machine economy and the connected world."

Such an ecosystem would have major implications for the IoT, loosening global data flow and flooding servers with even more information that can be collected and analyzed by connected devices of all kinds.

Blockchain at heart
IOTA conceived the marketplace back in 2015, working with partners to create an effective yet secure forum for moving data. The company says the final product succeeds in both regards. The market is based on the well-known cryptocurrency open ledger systems called blockchains. These distributed databases are used to track online transactions and leverage automated software to configure records, nicknamed blocks. Blockchains were originally created to buoy the popular cryptocurrency Bitcoin, which emerged in the late 2000s, The Economist reported. In the years since, blockchain has transformed into a significant force on its own. Now, companies in myriad industries are deploying distributed databases to monetize and securely track assets of all kinds. Some technology experts are even using the blockchain to convert their time into customized cryptocurrency, according to Wired.

With its new marketplace, IOTA intends to do the same with data. Sonstebo told Reuters that 2.5 quintillion bytes of information are generated every day but that most of these assets - around 99 percent - are lost in the dark corners of the internet due to the fact that the users that create them cannot effectively track and manage them. He hopes to change that with the launch of the Data Marketplace, which will include sector-specific data offered up by established project partners. Ideally, this would lead to the development of an entirely new economy that stretches across almost all sectors.

"Any kind of data can be monetized," Sonstebo said in an interview with Reuters. "If you have a weather station collecting wind, temperature, humidity, and barometric data, for instance, you can sell that to an entity that is doing climatic research."

IoT in the age of the data economy
The potential creation of an entirely data-based economy should excite those with stock in the IoT space. Should the hidden data Sonstebo mentioned make its way into an accessible repository, users will have access to an enormous number of new assets, allowing for an enriched digital experience. The proposed Data Marketplace may also have immense impact on another important IoT variable: data security. Since the initial rise of IoT technology, security has been a major issue. The shear increase in end points has emboldened hackers to test execute device-based attacks in an attempt to turn smartphones, tablets and fitness trackers into convenient backdoors that lead directly to company data coffers, according to the International Data Group. There is no end in sight to this activity, because the IoT continues to expand at such a pace that security professionals cannot scale potential solutions fast enough. User behavior plays a role as well, for the best digital defenses cannot prevent an individuals from downloading malware-laden files or accessing corrupted internet portals.

However, a blockchain-based data marketplace might prove effective in preventing attacks or at least tracing the movement of information so as to identify nefarious actors.

The IOTA Data Marketplace represents yet another step forward for IoT technology, an innovation with the potential to benefit organizations of all sizes in every sector. As the IoT grows in size and complexity, Perle will be there to provide the underlying infrastructure needed to deploy connected devices at scale. From Ethernet extenders and console servers to fiber media converters and device servers, we offer all of the essential connective fixtures required for enterprise IoT adoption.

Connect with us today to learn more about our products and services, as well as some of our past work in the education, health care, oil and gas and transportation industries.