Data center expansion is a common site on college campuses 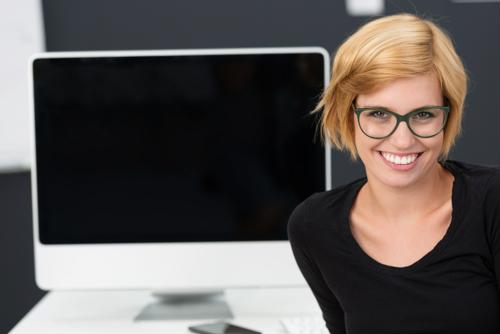 Big data is becoming increasingly important to administrators at the nation's colleges and universities. Schools that are able to master the nuances of manipulating these data resources are capable of predicting important variables such as potential student success based on standardized test scores, according to The New York Times. While the sheer volume of predictions that can be made by crunching numbers about student behavior and teacher performance are a powerful tool for college administrators, the effort requires sufficient technological knowhow and dedicated network gear. Even more so, campuses must be able to meet storage capacity requirements, including the maintenance and utility costs that come along with them. Examining recent data center openings at the nation's colleges provides insights into how these challenges are already being met.

John Hopkins and the University of Maryland combine forces
Research universities in particular benefit from the type of number crunching that data centers can do. Astrophysicists, biologists, chemists and mathematicians can use the processing power of the data center to further research and perform calculations that are far too complex for their current systems. That's why the UMD and John Hopkins invested a joint $30 million to collaborate on and build a 3,700-square-foot storage facility on the latter institution's Bayview campus, said Technical.ly. Via the use of an extensive fiber-optic cable set up, the data center is capable of leveraging its 19,000 processors worth of computing power to buildings across both campuses.

Other schools could cooperate in such a fashion by leveraging remote console servers to improve connectivity between networks on multiple campuses. Those that do will find that both networks can benefit from the cooperation.

University of Montana takes the modular approach
Prior to the recent installation of a $2.6 million modular data center, the University of Montana was burdened with operating servers from a data facility first founded in the 70s, noted Data Center Knowledge. The choice to modernize seemed like a no brainer and virtualization efforts have allowed the school to cut down on the total number of racks needed to operate campus IT. Compact modular installations were selected to make sure new operations were cost-effective while remaining scalable, and this serves as a good rule of thumb for any university looking to increase storage capacity on campus.

Furthermore, space efficiency can compromise IT performance when on-site centers become overstocked with servers. Modular facilities provide an alternative to expanding by way of server density. Their plug-and-play functionality eases the integration process for campus IT staff as well.

"Plug-and-play functionality eases the integration process for campus IT staff."

Penn State aims to open its new IT center by 2016
For many of the reasons listed above, Penn State is working to open up its newest data center by the end of next year. Neil Sharkey, vice president of the university, emphasized that "high-performance computing and data storage are absolutely essential elements of any research-intensive university," so the school's push for more advanced data center technology makes perfect sense.

Interested in prioritizing energy efficiency, Penn State plans to deploy several electricity saving strategies throughout the construction of the facility. For instance, a three-stage cooling process involving indoor air circulation, water cooling and mechanical compressors is already being developed as a means of minimizing energy waste in the data center. With electricity prices nationwide and the demand for storage capacity always on the rise, schools that prioritize energy issues when building their data centers will find themselves in a much better position than their peers a few years down the road.