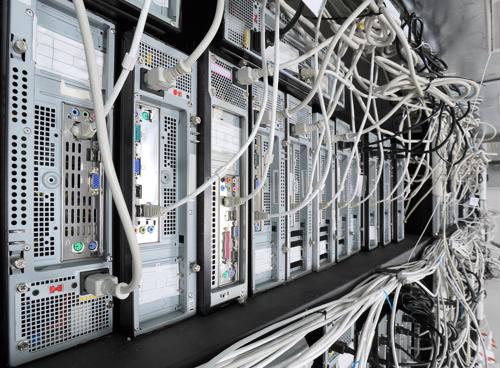 One of the enduring issues most pertinent to the data center industry is energy consumption. Concerns over the industry's overwhelming energy use is well founded - a study performed by Villanova University revealed that data centers alone consume 2 percent of the country's electricity, according to CNN. Thankfully, advances in heat recycling technology is providing the data center industry with an increasingly accessible option for offsetting its energy consumption. Several obstacles lay in the path to widespread adoption, but recycled heat from data centers offers hope for a sector with ever-surging power demands.

Data center heat goes to work
Multiple data facilities have already found ways to recycle their waste heat. Just a month ago, Amazon announced that it would be powering its new Seattle high-rise campus with heat recycled from the company's nearby data center, said the Puget Sound Business Journal. Heidi de Laubenfels, spokeswoman for Seattle energy service company McKinstry, told CNN that the heat recycling system would reduce energy consumption in Amazon's skyscraper by 80 million kWh over 25 years. These energy savings are impressive, and could reach even greater heights if data centers worldwide were able to put the heat generated by their equipment to better use.

Barriers to industry-wide adoption
Unfortunately, several technological and logistical issues must be dealt with before heat reclamation is a standard practice at most data centers. The initial problem is with how data centers generate heat in the first place - hot air is very difficult to transport and store, adding to the inherent difficulty of the project, noted Data Center Dynamics. The second problem is storage. Like all renewable energy installations, successful heat reclamation would require IT staffs to coordinate the storage of energy so that it can be sold or reused most efficiently. Scenarios like Amazon's skyscraper and data center being in convenient proximity to one another are an anomaly. Implementation of heat recycling strategies will ultimately be limited until these barriers are resolved.

In the meantime, there are several ways that IT teams can control waste heat in their facilities to prevent further inefficiencies. Hot/cold air aisle containment strategies, for example, ensure that waste heat does not compromise the cooling process and jack up electricity costs. IT teams can also maximize their energy savings by expanding user access through remote console servers.