Defending the data center against DDoS 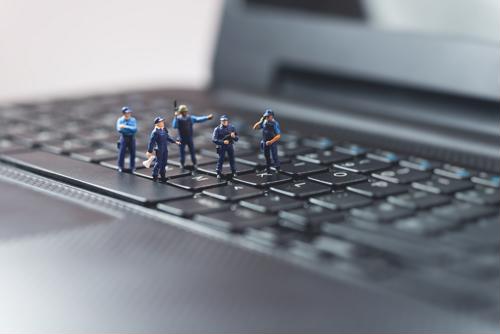 Just twenty years ago, dealing with DDoS attacks was as easy as directing the company's IT staff to supplement firewalls with scripts designed to filter malicious traffic. Computer technology, along with DDoS attack strategies, have grown significantly more complex. The rate of bad traffic being directed at data centers is on the rise, forcing data center managers to rethink their approach to security. This is especially true for companies that run the majority network on the cloud, where shady coders are customizing their DDoS attacks to target the platform's unique vulnerabilities.

DDoS attacks becoming more frequent, advanced
Data Center Knowledge reports that DDoS attacks directed at the cloud are at their peak. Research performed by ATLAS revealed data centers suffered 8 times the amount of DDoS attacks in 2013 as they did the year before. Several attacks of 100 Gbps or greater have already occurred in 2014, including a notable case over 300Gbps.The Worldwide Infrastructure Security Report, a study released by Arbor Networks, shows that an attack of similar magnitude took place in 2013 as well. Unfortunately, these ramped up DDoS strategies are likely to escalate until the data center industry develops a comprehensive strategy to neutralize these hack attempts.

One factor motivating this surge in attacks is the cloud platform's susceptibility to cascading failures. Hackers are well aware that many large-scale cloud networks can be compromised by the shutdown of a single component. This design flaw makes it even easier for hackers to overload a network with so much traffic that users can't access important work-related resources. These issues reinforce the need for companies to develop a comprehensive strategy to limit DDoS attempts.

Cloud threats need cloud solutions
Companies looking to perform a do-it-yourself approach to DDoS defenses can step up security by implementing updated software solutions and practicing tactical redundancy strategies. Deploying updated firewalls designed to protect against HTTP and application-layer attacks is a must. Virtual security appliances can be used to help mitigate threats in the cloud. Companies with sensitive information should consider isolating secure information on a server separate from the cloud, which can be executed quickly and cost-effectively with the use of a remote console server. Network World observed that companies interested in beefing up cloud security from DDoS attacks even further should consider working with a cloud mitigation provider to greatly enhance the data center's mitigation capacity.