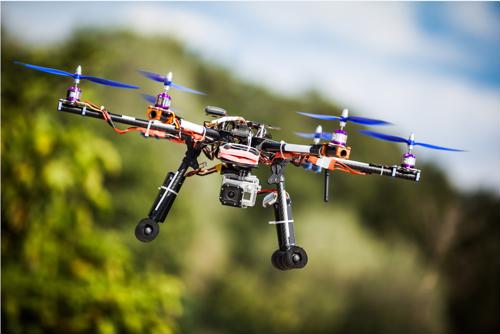 Drones are the most talked-about devices among the myriad fixtures associated with the Internet of Things. These craft capture the public's imagination, making possible exciting new workflows with the power to transform various industries, including the retail and shipping and receiving spaces.

Of course, private citizens are not content to sit on the sidelines and observe drone technology from afar. Many are investing in personal drones. In fact, the market for these devices continues to grow and should top the $2.3 billion plateau within the year, according to analysts at Gartner.

These variables seem to validate the usability of modern drones but are these fixtures capable of ushering in true transformation? Early commercial tests say yes.

Amazon prompts commercial drone innovation
Organizations across multiple sectors are expected to spend roughly $3.6 billion on the technology in 2017 - spending stemming from drone-based innovations dreamt up at companies like Amazon. The online retailer is quite possibly the leader in the commercial drone space. In recent years, Amazon has devoted considerable resources to developing a functional drone delivery network. This internal push has paid off, to say the least.

In the video, a small unmanned aerial vehicle latches onto a package fresh off an Amazon conveyor and delivers it to a nearby home. This piece of content and the service it touted catalyzed excitement in the technology space, as drone delivery, a once unheard-off idea, seemed within reach. In reality, the situation was more complicated.

"We can do half-hour delivery," Amazon CEO Jeff Bezos told The Times. "I don't want anybody to think this is just around the corner."

Retail and technology experts outside the company echoed Bezos' cautiousness, while some went a step further, deeming Prime Air a pie-in-the-sky public relations ploy that would never amount to anything. Amazon has since proved those in the latter camp wrong.

On Dec. 7, 2016, the company executed its first drone delivery, The Times reported. A small craft based at an Amazon fulfillment center in Cambridgeshire, England carried a parcel more than two miles to a nearby customer.

The entire process, from purchase to delivery, took 13 minutes. Amazon followed up the U.K. test flight with a similar demonstration in the U.S. in March, Recode reported. The online seller managed to deliver sunscreen to a gaggle of attendees at a company-hosted conference in Palm Springs, California.

These events have reignited excitement over the idea of drone delivery and proven to doubters that the service was possible.

While there are still roadblocks to clear, namely strict aviation laws in the U.S., Amazon looks poised to continue forward with Prime Air. In fact, the organization has been hard at work developing the physical infrastructure needed to make drone delivery a reality.

In February, e-commerce brand filed a patent for a parachute-enabled UAV, CNN reported. Last month, Amazon filed another patent application - this one detailing regional drone stations, according to The Verge.

A cross-industry trend develops
Of course, Amazon is not the only player in the commercial drone game. A host of organizations from myriad industries are also pursuing the technology. UPS is Amazon's most capable competitor, as it has the shipping and receiving infrastructure needed to support drone delivery.

In February, the logistics giant tested a UAV prototype in Tampa, Florida, Wired reported. Unlike Amazon's drone, which comes straight from the warehouse, the UPS model functions with the help of an actual delivery truck. The device connects to a charging and operational panel located on the roof of the vehicle. When the truck arrives at a drop-off point, the driver activates the UAV, which then selects the appropriate package and delivers the parcel to the customers' door.

This workflow may seem unnecessary but UPS projects it could result in $50 million in savings per year, as drivers could cut one mile from their routes.

"A trial like this is important, because it's not just a drone itself doing something, but all the support processes, and the people," physicist and automation expert Timothy Carone told Wired. "As a test, it's more realistic, because it's looking at how it all integrates into the business."

Others are following in the footsteps of Amazon and UPS. For instance, Dominos Pizza is currently testing a delivery drone service in New Zealand, The Washington Post reported. The convenience store chain 7-Eleven is doing the same, Recode reported.

In fact, the brand beat out Amazon and other UAV innovators to facilitate the first commercial drone delivery in July of last year. It has since ferried coffee, donuts and other treats to 77 customers in its Reno, Nevada testing zone.

Commercial drone technology is no longer a far-flung fantasy. Companies like Amazon, UPS and 7-Eleven are developing workable UAV-based service models that work in the real world. As this innovation continues, Perle will be there to provide the underlying connective bulwark needed to operate commercial drones and other advanced IoT technology. Connect with us today to learn more about our work within the retail and logistics spaces