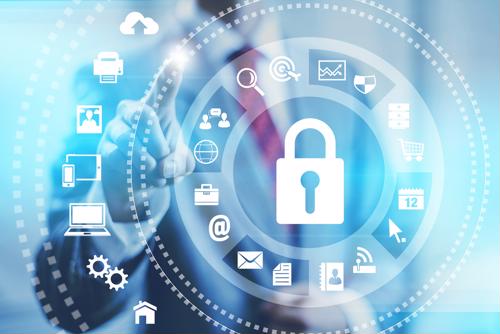 The reality of today's increasingly connected smart devices means threat actors have more ways to exploit security vulnerabilities than ever before. The Internet of Things (IoT) enhances communication technologies, but at what cost?

Let's examine the impact an interconnected infrastructure of smart devices has on the security of the assets you use every day.

As of September 2021, more than 1.5 billion cyberattacks occurred on IoT connected devices, according to a report published by Digit News. The article, which utilized telemetry data collected by Kaspersky, an artificial intelligence (AI) powered cybersecurity company, claims IoT device cyberattacks increased 100% year on year. In the first six months of 2020, 639 million cyberattacks were registered – a significant number, but one paling in comparison to data chronicling the first half of 2021.

Most attacks used the telnet protocol to infiltrate targeted smart devices. As defined by Science Direct, Teletype Network Protocol provides a command-line interface for communication between smart devices and servers. Developed back in 1969, telnet is a popular entry point for threat actors, as it lacks any encryption protocols. According to the Kaspersky findings, attackers utilized telnet 872 million times, accounting for approximately 58% of the total cybersecurity breaches reported.

Once granted access, threat actors commonly steal data, mine cryptocurrency or launch distributed denial of service (DDoS) attacks. Fortinet defines a DDoS breach as an act that bombards a server with unauthorized internet traffic that prevents the affected user from online accessibility.

Whether perpetrated by cybercriminals looking to make a statement by shutting down the servers of large corporations, or revenge-motivated infiltrations of personal devices, the fact remains that increasing IoT connectivity is providing an opportunity for malicious acts on unprotected networks and infrastructure.

The ramifications of a vulnerable, exposed data breach on your smart device may be subtle and difficult to identify. Some attacks slow or bottleneck upload and download speeds, while others drop internet connections or increase the amount of spam a user receives.

The symptoms of a breach may go unnoticed by users entirely, allowing them to continue to expose the data and resources of their entire network to hackers and malware.

Fortinet outlines the seven layers of the Open Systems Interconnection (OSI) model, a framework detailing the functions of a networking system. Volume-based, protocol and application-layer attacks target different levels of the OSI, exposing vulnerabilities in everything from Domain name system (DNS) to internet protocol (IP) addresses.

While Accenture's recent Cost of Cybercrime study claims small businesses are the primary target (43% of all cyberattacks), users should be aware of the dangers of an increasingly interconnected world.

When it comes to reliable, safe technologies, Perle has your industry covered. Visit our telecommunications page to learn more about the ways Perle is ensuring wireless information networks (WIN) remain connected and secure in communication-driven times.