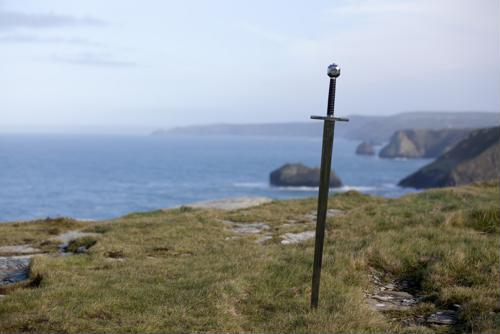 If the daily life of corporate IT were to play out more like a session of Dungeons and Dragons, many would describe their maintenance heavy data center as a Lawful Evil fiend. A few lucky players may even deem their networks to be a force for Lawful Good, but it seems far more often that data centers play the role of a Chaotic Neutral deity. After all, data centers are powerful but not inherently benign or evil. Instead, they seem to impact the lives of nearby mortals at random while simultaneously depending on those human avatars to achieve their mysterious ends.

"Much like arcane spell casters, IT experts must prepare for the unexpected."

Much like arcane spell casters, you'll have to prepare for the unexpected on a daily basis. One way to make your network more reliable and secure, despite the chaotic nature of the data center, is to expand remote access, said ComputerWeekly.com. This strategy makes it a cinch to scry network problems from afar and provides your IT experts with the tools necessary to make adjustments to the data center without being in the office. In lieu of a teleportation scroll, remote access offers one of the most reliable methods of anticipating and responding to the data center mayhem.

Mother Nature is a cruel dungeon master
Everyone's had at least one dungeon master who gets his or her kicks out of terrorizing their players with ceaseless traps and magical assaults. Similarly, IT teams must regularly contend with Mother Nature, the most random and spiteful DM of them all.

Google, for instance, recently suffered permanent data death after the nearby power grid was hit with four bolts of lightning, according to Ars Technica. Though Google has plenty of digital wards and protections set in place, the lightning's stacking shock damage was simply too much for the facility's reflex save to overcome. Had the facility been able to contain the impacts of the lightning strike via the use of a remote power switch, then the damage to Google's facility may not have been so severe.

Anticipate bad rolls by your teammates
A study by The Uptime Institute emphasized what is already a well-known fact among IT experts: human error is a major source of data center downtime. IT managers must anticipate these failures and plan around them if they expect to be successful and retain client trust. Similar to taking the lead of an adventuring party, those in charge of IT must recognize that it's only a matter of time before one of your players "rolls a one" on an important maintenance task.

You'll need teamwork and the right tools to defeat the minions of unplanned downtime.

Remote access in the data center allows IT managers an attempt to rectify these errors, even when the head of the the facility is nowhere near the source of the problem. For instance, combining the functionality delivered by a remote console server and remote power switch would allow a facility manager to troubleshoot and power cycle all or portions of the data center's infrastructure without stepping a foot onto the facility. With these technological precautions put into place, facility managers can vacation or work from home confidently.

Improved connectivity helps your team to clear dungeons
Data centers that double as labyrinths are far from productive, and IT managers should look for ways to streamline facility infrastructure wherever they can - remote access can play a helpful rule in this IT adventure as well. In particular, remote console servers excel at unifying a multitude of virtualized servers under a single means of control. Approaching infrastructure reorganizations with remote access solutions loaded into your spell slots will make the confrontation significantly easier to handle.