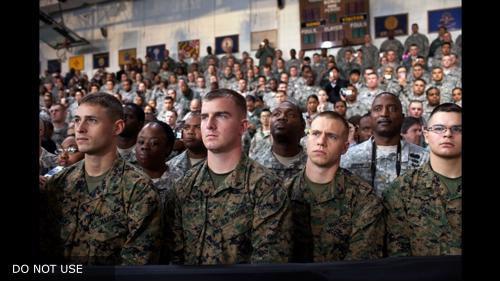 The U.S. Department of Defense is one of many government agencies working to streamline its data center infrastructure. The next step for the DoD's IT team is to establish a strategy for taking advantage of private cloud services. The modern data center is always undergoing technological improvements, and the federal government has acknowledged that its own devices are quickly sliding into the dregs of legacy hardware. That's why the DoD has reached out to commercial cloud companies for assistance, says InformationWeek. The government agency seeks an ideal combination of the latest data center design cues with its own strict security requirements.

The second scenario for adoption being evaluated by the Department of the Defense is the On-Premise Container Model. This strategy removes the need for private cloud services to set up shop within a DoD facility. Instead, a private cloud service would design, package and ship modular data center solutions to government facilities. IT professionals at the DoD would then assemble the modular data center just outside the main server space. Government officials are considering this approach for ease-of-setup as well as security reasons. A modular data center could easily be shipped directly to the Department of Defense's facilities and assembled to the DoD's preferences just after delivery.

Meeting the Fed's performance needs
The Department of Defense would not be investing its time and energy into this project if the DoD was simply interested in more efficient storage. The government agency desires to build a cloud ecosystem that could serve the entire Department of Defense, according to Data Center Knowledge. The DoD's wish list of cloud features includes virtual machine provisioning, versatile storage options and built-in billing and resource management solutions.