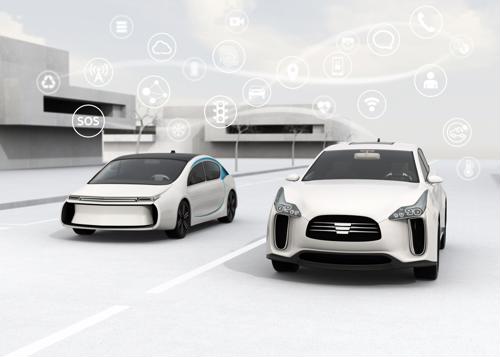 Once upon a time, the idea of a driverless car transporting goods across country was seen purely as an aspect of science fiction. In modern times, however, this notion is rapidly approaching reality. Autonomous vehicles are currently in the test phase, being demoed in cities around the world, including Miami in April. Companies like Google, Apple, Volkswagen and General Motors are all heavily investing in the technology, according to Newsweek.

While some organizations may still dismiss widespread driverless technology as being at least a few years off, conditions in the U.S. are quickly changing to accommodate major use of this new technology.

Driverless vehicles already safer than people
One of the largest barriers to the mass adoption of driverless vehicles is human perception. People are used to manually driving their cars and enjoy the feeling of control that comes from having a thinking human presence behind the wheel. The idea of a machine essentially driving itself is still new.

However, the data already shows that driverless vehicles, even without perfected software, are safer than the average human driver. RAND Corporation research predicted that implementing automated vehicles by 2020 will save over 40,000 lives and reduce the overall death total over the next 30 years by roughly 1 million.

By focusing on the data, organizations can help calm public fear of AVs. It is likely that the novelty and fear of riding without a human driver will quickly wear off once basic safety is assured.

The NHTSA looks to play a large, regulatory role
Possibly the largest obstacle preventing AV adoption is the lack of legal and regulatory adjustment to the new technology. While states continue to make laws regarding driverless vehicles, the National Conference of State Legislatures concluded that the technology is still completely illegal in nearly 20 states. These include Indiana, Kentucky, Alaska and Oregon.

With so many states lagging behind, AVs effectiveness - especially as a new shipping method - is greatly reduced. However, according to WardsAuto, the federal government looks to be fast-tracking federal regulation that will accommodate AVs in all 50 states.

As of March 2018, there are two AV bills with bipartisan support in Congress. The legislation aims to create universal safety and construction standards for AVs, placing regulatory power largely in the hands of the NHTSA.

The U.S. Senate is also working on similar legislation. All federal efforts so far have been greeted with widespread industry support.

Technical barriers are still being overcome
While much focus is on the legal barriers and the worry of human paranoia, AV technology remains imperfect. In order to guarantee safety and allow this technology to function with the perception of an advanced human driver, ultra precise mapping will have to occur over the entirety of the U.S. Companies such as Google and Apple have been hard at work accomplishing this task.

Since these giants have already won a war for mapping (Google Maps is a dominant navigation tool for GPS software), numerous other companies are competing to gather data for AV implementation. Wired reported that Mapper, a 3D mapping company, is moving aggressively into the space.

While the task is monumental, the surplus of organizations working to accomplish this goal will likely bring about widespread 3D mapping relatively quickly.

Another barrier will be the creation and adoption of cheaper sensors. U.S. News reports that Lidar, a sensor that uses lasers to create a continuous 3D map, is currently a leading AV technology sensor developer. However, its hardware is still too expensive for widespread use - even giving companies like Tesla pause.

In order for AV use to become widespread, both of these problems - along with a few others - must be overcome. However, given the accelerating pace of technological innovation, such a prospect is believable within a short time.

A growing transportation-as-a-service industry
As AVs become more widespread, expect a major uptick in mobility-as-a-service and TaaS. Companies such as Lyft and Uber have already been active in redefining TaaS, but major AV adoption will completely overhaul the current system. Everything from cross-country shipping to mass transit will be revolutionized. As this develops, expect players like Amazon - already a giant in online retail - to move rapidly into AV product delivery.

Regardless of how your company plans to utilize AV technology, you must have robust network infrastructure in place to handle the drastic data load. Perle has the expertise and the hardware necessary to upgrade your systems, allowing you to implement AV technology as it becomes available. Contact us today to learn more about our work in the transportation industry.