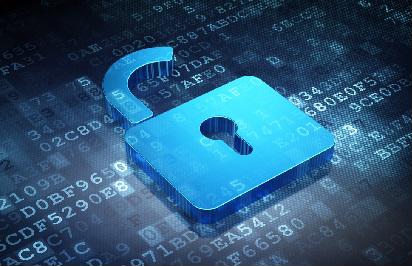 In early December, the FBI released a rundown on emerging Internet of Things technologies and how the security issues associated with them can affect consumers. With the sheer amount of publicly available products that connect to the Internet of Things on the market, consumers' personal information is at an unparalleled level of risk. Government regulatory and law enforcement agencies have focused on fighting back against this risk by educating the public and investing in secure cybersecurity infrastructure.

The FBI says that consumers take many different measures to secure their information. This includes logging out of obsolete devices, having strong passwords, and being selective when doling out network access. For businesses, the process becomes much more complicated. Efficient, secure server architecture for both client-facing applications and company intranet are a must. Small Business Trends recommends collecting only the information you need from consumers, and to be aware of what exactly you do and do not collect. This compartmentalization helps protect more sensitive information in the event of a breach. Employees should also be trained in responsible network and device usage, to protect both their privacy and those of the company and its customers. Incidents where a device was left in a situation that could have let an unauthorized user access it should be subject to mandatory reporting.

The emergence of IoT in consumer goods has the potential to transform everyday life. Massive E-commerce corporations such as Amazon make widespread use of the IoT in their logistics process, from inventory tracking to shipping; these techniques are in turn used to sell IoT enabled devices. Consumers have been very willing to adopt these innovations so far; the IoT completely changes how even the simplest things are done, such as making schedules and turning lights on and off. Thanks to the IoT, interconnectedness has increased both productivity and personal happiness. However, it also comes with a slew of privacy and security concerns.

Privacy issues are at the forefront of the IoT revolution, with experts advising consumers to act with caution when it comes to wiring up smart homes or putting personal information on social media. The Wild West nature of Silicon Valley means that companies focus on outpacing the competition instead of securing their network, and consumers experience the consequences. The average consumer has huge amounts of identifying information publicly available on social media. Even if a person forgoes social media use, their information is still in danger in the event of security breaches on the part of companies they have done business with. 4.1 billion personal records have been compromised in the first half of 2019 alone, according to Cyber Risk Analytics.

Everyday items like cell phones, personal computers, and even newer appliances can carry sensitive data on them, and each additional device is another weak point for hackers to target. Average consumers and business owners alike need to be aware of what devices are connected to their networks, and to be wary of what applications they give permission to. Each family member or employee not briefed on network security increases the risk of an attack.

Contrary to popular belief, it is not only large corporations that are subject to cyberattacks. According to Verizon's 2019 Investigations Data Report, 43% of online data attacks are now aimed at small businesses. While the rewards to be reaped from a cyberattack on a small business usually don't compare to that of a tech giant like Facebook or Uber, they have higher chances of success due to the inferior IT infrastructure employed by smaller companies. Furthermore, the Ponemon Institute found that only 14% of small-business owners, in their opinion, are prepared for an attack. These incidents weaken consumer trust in a company, and open owners up to legal challenges for letting personal information fall into the hands of hackers. On average, a cyberattack costs a business $200,000, and many are put out of business as a result, according to insurance carrier Hiscox.

The FBI and related government organizations have stepped up their efforts to combat the attacks that the new IoT enabled world brings. Consumers are growing anxious over their personal data being in the wild. Owners of small businesses have even more reason to be concerned, as they may possess the personal information of hundreds or thousands of consumers. Failure to heed the instructions of the government and cybersecurity experts is a recipe for disaster. Perle offers powerful connectivity tools that can help organizations maximize their network security strength. Our industrial-grade Ethernet switches and console servers are designed to work within big data environments where the security of sensitive information is a top concern. Read some of our customers' reviews to find out more.