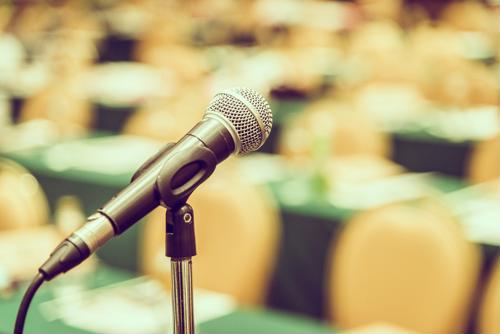 On May 13, U.S. Representative Bob Latta reintroduce the SMART IoT Act, which (if passed) would direct the Commerce Department to conduct a thorough study of internet of things devices and provide a detailed list of guidelines and recommendations to improve data privacy. The proposed legislation was passed by the House of Representatives in 2018, but failed to win support in the Senate. The renewed push for regulatory action in the IoT industry is, in part, a response to declining consumer confidence in internet-connected technologies.

A recent international survey from the Internet Society found that 65% of respondents were concerned with the data-gathering capabilities of modern connected devices, with 55% expressing a clear distrust IoT technologies' ability to protect their privacy. What's more, around 63% of those surveyed felt that IoT devices were "creepy" because of high volume of personal and behavioral data they collect. While these negative perceptions could help legislators generate wider support for the SMART IoT Act, the bill will need to secure bipartisan support to pass the Senate.

The State of Modern Application, Research and Trends of IoT Act
Diving a bit deeper into the specifics, the SMART IoT Act seeks to clarify which federal agencies have jurisdiction over companies in the IoT industry. The study would help government officials establish a framework for assessing the development and manufacturing processes of companies in the IoT space, along with a clear set of best practices and regulatory guidelines. This would allow agencies to identify device vulnerabilities and unethical data gathering practices with greater efficiency, and inform the general public about the risks of IoT adoption and use.

"IoT technologies have the promise to change lives for the better, and as these new inventions develop, it's important that government is a partner with -- not a hindrance to -- America's innovators," Congressman Latta said in a press release on his official website. "With a projected economic impact in the trillions of dollars, we need to look at the policies, opportunities, and challenges that IoT presents. The SMART IoT Act will make it easier to understand what the government is doing on IoT policy, what it can do better, and how federal policies can impact the research and discovery of cutting-edge technologies."

While many remain skeptical about the need for increased federal oversight, most experts are willing to admit there is a growing need to safeguard consumer data from exploitation. In a prepared testimony to the U.S. Senate Committee on Commerce, Science and Transportation, senior vice president for cybersecurity at the United States Telecom Association, Robert Mayer, argued that there is "ample evidence of IoT security vulnerabilities" that put consumers at risk of identity and credential theft. Mitigating modern cybersecurity threats would require significant infrastructural investment and at least some standardization within the IoT industry, though it's unclear how this might be achieved without government intervention. Many companies have started integrating secure networking tools to support their threat detection and resolution capabilities, such as SFP Optical Transceivers and Console Servers.

Perle offers high-performance connectivity tools that can improve scalability and keep security protocols running around the clock. Read some of our customer stories to find out how we've helped other organizations protect their data and ward off hackers.