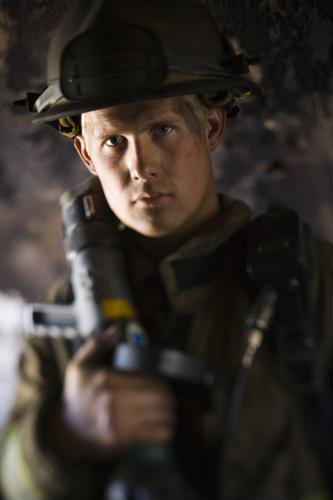 Data Center Dynamics reported on a fire that occurred at a data center warehouse in Thailand. Reports and social media updates suggest that the facility operated a large number of Bitcoin mining rigs, and that the fire was responsible for hundreds of thousands of dollars in hardware damage. Representatives from Spondoolies Tech, manufacturer of the hardware that was being utilized in the burned out Bangkok facility, posted online that the company was unaware of the cause of the fire but heavily suspects that the building was not up to electrical codes comparable to those found in the United States. Mining facilities are typically focused only on increasing workloads while reducing costs, so large data centers are constructed in environments with little in the way of temperature or energy management solutions. Data centers that fail to maintain an efficient, fire-safe data center are doomed to feel the burn.

Samsung blaze hinders smartphones
Fires aren't just a risk for under-equipped operations in Thailand. Major companies are at risk for data center fires as well. Samsung, for example, suffered a major fire in April of 2014 that forced several hours of outages, according to Engadget. Tablet, smart TV and smartphone users with Samsung models found that their devices had suddenly lost the ability to load apps. Even the company's homepage was reduced to an error message. The source of the problem? Samsung's SDS building in Gwacheon, South Korea. Even scarier than the fire itself was the realization that a single data center outage was responsible for systemic ramifications across Samsung's worldwide network. Data center managers can learn from these fire-related failures by beefing up their facility's redundancy plan. Utilizing solutions like remote console servers help companies to store data across multiple locations, preventing a single inferno from obliterating the company's archives.

New codes for smoke detectors
The easiest way to mitigate the consequences of a fire in the data facility is to prevent them from happening at all. Data center staff should stay up to date with the latest standards for fire suppression in order to minimize risks of the center going up in flames. The National Fire Protection Association recently released new updates for evaluating the performance of smoke detectors. IT staffs that do their research will be able to employ the latest, most effective fire suppression strategies in every corner of their data center.