Forrester releases 5 predictions about how IoT will evolve in 2020 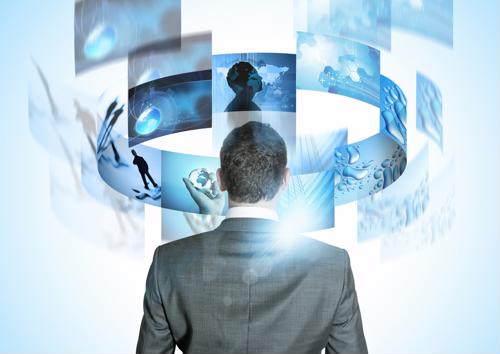 Modern technologies are becoming more sophisticated by the day, leading many IT experts to question how the internet of things will evolve over the next few years. While it's clear that IoT tech and edge computing are here to stay, there are near limitless possibilities for how they can be integrated into consumer and commercial environments. In fact, some of the most innovative applications for IoT started as tentative use cases.

With so much unpredictability in the world of IoT development, it's no surprise that many business executives have been cautious about their technology investments. That said, a recent report from Bain & Company predicts that the combined IoT markets will grow to more than $520 billion by the end of 2021, which is more than double the $235 billion spent in 2017. This market expansion is largely the result of new proof of concept pilots and on-demand services. For example, cloud service providers are quickly becoming influential in the IoT space due to the cost savings associated with third-party data storage. And while locally managed data storage infrastructure is by no means falling out of favor, there is a clear demand for new information system frameworks across industry lines.

5 predictions about the future of IoT
In its recent Predictions 2020: The Internet of Things report, Forrester outlined five predictions that it believes will have the greatest impact on corporate decision-making over the next year. The report was intended to support CIOs and other IT experts as they plan, develop and integrate connected technologies into their existing workflows. With that in mind, here are five IoT predictions every tech professional should know about:

1. 5G will be integrated into IoT architecture, but won't replace LoWPAN
Although 5G mobile network integration is already well underway, most businesses are not able to take advantage of the high speeds and low latency. As telecommunication companies continue to build out their infrastructure, more enterprises will be able to streamline their networking and data communication systems with a mind for optimization. Prior to the 5G revolution, a vast majority of IoT devices transmitted data through low power wireless personal area networks (LoWPAN) and still do to this day. That said, Forrester believes the rollout of 5G capabilities will augment LoWPAN networks instead of outright replacing them, allowing for cost-effective data transmission at higher speeds.

2. Consumers will fully embrace smart speaker displays, giving rise to multi-modal design
Consumer IoT has been dismissed by some as a technological fad, but growing interest in smart speaker displays like the Google Nest Hub and Amazon Echo could have far-reaching implications. According to Forrester, new innovations in consumer devices will drive enterprise adoption of similar IoT applications, including conference room management solutions, remote security systems and more. This, in turn, could lead to a slew of advancements in multimodal design, which gives equal weight to voice, video, display and touch-screen capabilities.

3. Cybercriminals will target consumer and enterprise IoT using ransomware
Every IoT device with access to a company's network represents a possible attack vector for cybercriminals to exploit. What's more, most connected devices lack the robust cybersecurity protections that can effectively mitigate a range of threats, including malware, ransomware and man-in-the-middle attacks. This leaves enterprises, consumers and device manufacturers at a serious disadvantage, especially considering that new ransomware strains have increased 118% since the start of 2019, according to research from McAfee. This trend will likely continue into the new year, as Forrester warns that cybercriminals are already ramping up their ransomware activities.

4. Connected vehicles will drive logistics and supply chain transformation
In terms of real-world applications, the transportation industry is one of the earliest adopters of IoT technologies. Companies in the trucking sector, in particular, have leveraged big data and predictive analytics to supercharge their logistics and cut costs. While basic telematic applications have been in use for many years, the next wave of connected vehicles will provide a wealth of information about traffic conditions, inclement weather, optimal trucking routes and much more. This, in turn, will likely revolutionize modern supply chain management through machine learning and artificial intelligence capabilities.

5. IoT investments will shift from connected products to connected services
Until recently, the IoT product and service markets have been somewhat isolated from one another, but large companies like Google and Apple are starting to fuse their offerings into bundled applications. According to Forrester, this trend will continue throughout 2020, as more tech companies expand their catalog to include both products and services. One notable example is that of Schneider Electric, a B2B power management company that is considering whether it will include equipment and upgrades as part of its flat monthly fee.

As IoT devices and management systems grow in complexity, CIOs and other executives will need to carefully assess whether their planned IT projects are truly sustainable, scalable and efficient. Perle offers industrial-grade connectivity tools, such as our reliable SFP Optical Transceivers and Console Servers, which can help improve scalability and keep pace with new innovations in the IoT field. Read some of our customer stories to find out how we've helped other organizations step into the future of business technologies. {Great job! no edits}