How Apple is disrupting Enterprise IT 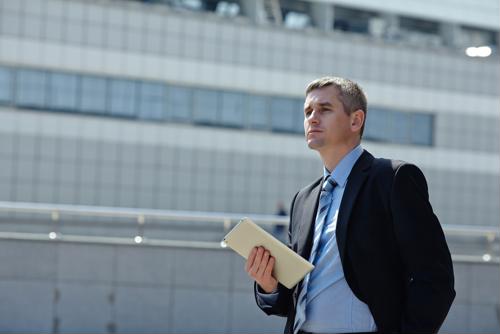 In a 2017 interview with Bloomberg, Apple CEO Tim Cook stated that "Enterprise is like the mother of all opportunities." He went on to elaborate how the tech world has changed. In earlier years, like when Steve Jobs was running the company, most tech providers had a choice. They could either target consumer or enterprise consumers. Each market had distinct characteristics.

While consumers praised versatility and overall horsepower, enterprises tended to have few visual graphical demands. but insist upon device ubiquity. If one executive had a Blackberry, everyone had a Blackberry. The default operating system was Microsoft Windows and every employee was encouraged to operate on the same computer hardware.

However, in the time since Jobs' passing, developments like bring your own device have grown popular. Smartphones and tablets, driven largely by Apple innovation, have become commonplace. This has enabled the mobilization of workflow. While employees may still use the same or similar PC hardware in office, it is now likely supplemented with an additional computer in the worker's home. This machine's OS may be Windows, iOS or Linux.

In short, it could be said that the consumer market came to enterprise. Variety and customization are now expectations in the workplace, not deviations. When employees work, they expect to utilize hardware and software that is convenient for them.

It is with this new expectation that Apple has finally fully entered the enterprise marketplace. The company has flirted with mainstream workplace development for some years. By opening up third-party app development with iOS, Apple stands poised to become the default hardware provider to the enterprise space.

A consumer-first experience
In an article that chronicles Apple's emergence into enterprise IT, TechCrunch found it was the revamping of the App Store that drove enterprise users to the company. Developers at all levels could finally create products on iOS, but the App Store's quality standards (typically higher than Android's) helped guarantee each proven piece of software's efficiency.

Apple also understands a basic truth: Complexity is not good. According to ComputerWorld, Apple's enterprise approach fully comprehends the importance of information security, but puts this and everything else after usability.

The mindset is that a software system's abilities are second fiddle. If employees and executives struggle to understand the interface or make it compatible with existing software, odds are they will abandon the program to seek alternatives.

Everything must be intuitive and designed with the user in mind. Apple is a company that, in the past, kept much of its software locked within its hardware. Compatibility with third-party software was not the priority then that it is now. As Apple has disrupted the enterprise space, it has done so with the objective of creating the most user-friendly solutions available.

"Apple products are now a condition to attracting and retaining talent."

How Apple is now an HR priority
According to a recent employee survey put out by Jamf, employees are beginning to favor Apple products in the workplace so much that their presence is seen as a condition to attracting and retaining the best talent. This shift in worker preference demonstrates the holistic approach that Apple has taken to entering enterprise space.

The company worked to address priorities at all levels of workflow, making software usable to executives and interns alike. Now, since this intuitiveness is so prized, companies naturally want to keep buying Apple hardware to keep the software chain running smoothly.

While Apple has prioritized mobile workflow, businesses hoping to take full advantage of this software will need to install the best hardware to empower their wired and wireless workspaces. Perle has the products and expertise to assist in this transformation. Contact us today to learn how we can help your company ready itself for a mobile workflow.