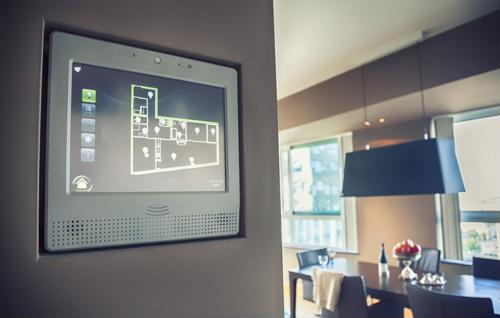 As internet of things technologies have continued to permeate industrial and civic environments across the globe, questions about the IoT's long-term viability have grown increasingly contentious. Many experts are quick to point out that most IoT devices in widespread use possess glaring security flaws and no encryption processes to speak of, yet business leaders and government officials show no shows of reining back their implementation goals.

The push for fully connected "smart cities" is perhaps the most straightforward example of this continued expansion, as municipalities around the U.S. have continuously ramped up their investment in new embedded technologies, from automated crosswalks to traffic control systems. To better understand the potential risks of these futuristic applications, researchers at Avast and Stanford University conducted a massive global study into the distribution and security profiles of consumer IoT, finding that around 40% of households contain at least one such device. Understanding the results of this worldwide study may help enterprises and government agencies anticipate cybersecurity threats and build more secure IoT systems moving forward.

Exploring the modern IoT ecosystem
In late June, Avast released the results of its comprehensive IoT research initiative in a report titled "All Things Considered: An Analysis of IoT Devices on Home Networks," which sought to create a more complete picture of the cybersecurity challenges faced by modern consumers. Researchers scanned more than 83 million IoT devices actively deployed in 16 million homes across the world, discovering that:

Of all the devices Avast scanned, IoT surveillance equipment had the weakest security profiles, followed by routers and wireless printers. Each of these pieces of hardware represents a vulnerable entry point that hackers can exploit to gain access to sensitive consumer information. The study also found that the weak security posture of many popular IoT devices has also allowed malicious actors to launch large-scale DDoS attacks and infiltrate local networks, which does not bode well for many smart city applications.

The future of at-home IoT
While most home IoT devices are simple voice assistants and smart appliances, many tech experts believe that more sophisticated applications will dominate the consumer market in the next few years, particularly those that leverage artificial intelligence and machine learning. To get an insider's perspective, Forbes recently asked 11 members of its Technology Council to share their expectations about the types of at-home IoT capabilities that are right around the corner, such as:

New IoT innovations offer device-level cybersecurity
IoT security companies have traditionally focused their development efforts on network-based products and protocols, though recent advances in cloud-to-flash security and management technologies may offer consumers a more robust means of safeguarding their vulnerable devices. Although large companies like Microsoft and Google are working on creating the next generation of cybersecurity chips, a small startup from Israel is currently leading the pack. In 2018, NanoLock Security was recognized as the Startup of the Year winner at the 13th Annual IT World Awards for its creative use of flash memory as the base for its device-level security solutions. This approach prevents attackers from affecting a device's drive memory and runtime, opening up new possibilities for consumer and enterprise IoT.

The push for more effective cybersecurity controls within consumer devices reflects a broader interest in charting a course for smart city innovation. However, before government officials can fully deploy connected technologies, they must first build reliable and secure network infrastructure to facilitate the high-speed transmission of sensor data. Perle offers industrial-grade networking tools that can strengthen connectivity without sacrificing scalability. Read our customer stories to learn more about how our product offerings can smooth the path to the fully integrated smart cities of the future.