How drones are revolutionizing health care 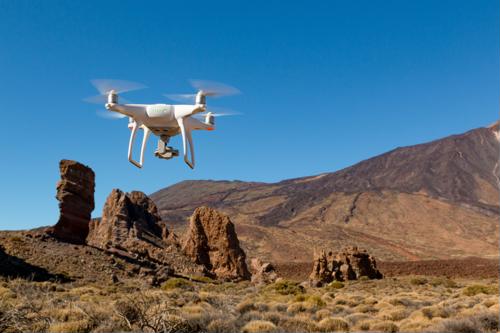 Drone technology is gaining steam worldwide. The market for unmanned aerial vehicles is expected to exceed $12 billion within the next four years, according to research from Business Insider. Enterprise investment is particularly strong. Analysts for the publication project this market stratum to expand at a compound annual growth rate of 51 percent through 2021, as firms across numerous sectors integrate drone technology into cutting-edge workflows. Businesses in the infrastructure and agricultural industries are leading the UAV arms race, with firms in the transportation and security spaces trailing behind.

While these enterprises are pursuing large-scale proprietary projects, organizations in another sector are testing smaller-scale deployments that could have a much wider impact. In recent years, innovators in the health care arena have begun experimenting with drone technology. Now, health information technology experts at myriad institutions are exploring multiple uses, that, if applied in the real world, may help improve care outcomes for millions worldwide.

Transporting precious cargo
Delivery is the most common use case explored in the commercial space. Notable e-commerce and logistics firms like Amazon and UPS are leading the way in this area. The state of affairs is similar in the health care industry. Research and development teams working on drone-based initiatives are focusing primarily on how UAV technology can speed up the transportation of important medical supplies, starting with blood and plasma. Hospitals regularly ship these fluids out to accident scenes, smaller care centers or remote locations in rural communities, according to the Mayo Clinic. This process often involves using specialized vehicles. However, the approach is not full-proof. Hard-to-pass roadways and other obstructions can slow down or stall fluid transports tasked with moving blood and plasma that expires quickly. Commercial-grade drones could easily ameliorate this issue, Dr. Cornelius Fields, a surgeon at the Mayo Clinic campus in Rochester, New York, explained.

Dr. Timothy Amukele, an assistant professor of pathology at Johns Hopkins School of Medicine, has embarked on a similar journey, NPR reported. In 2015, the physician and several of his colleagues used compared the post-transport quality of blood samples flown over six miles via drone and those driven by ambulance through the bumpy streets of Baltimore. The samples were indistinguishable upon review, suggesting that UAV-based blood delivery could be a viable option. Of course, some of the organizations exploring this space are well past the testing phase. The medical delivery startup Zipline, for example, has been shipping medicine and blood via drone to patients in Rwanda for almost a year. The company hopes to equalize the care equation and open up new health care opportunities for patients living in isolated areas, according to the Verge.

Others are looking past simple fluid delivery to even more delicate items such as organs. In 2014, four female students at the School of Industrial Design of Ferrol in Spain constructed a drone equipped with a temperature-controlled compartment for transporting organs to be used for transplant, Newsweek reported. The women constructed the fixture for the Drones for Good competition in the United Arab Emirates. While the creation did not take first prize, it managed to catch the attention of David Carro Meana, president of the IIFE Business School in Spain, who helped the designers form a company called Dronlife, which is now hosting pilot programs at multiple nonprofit hospitals in New Delhi. The drone has the potential to transform transplant operations in the crowded city, where traditional organ transportation teams must contend with high temperatures and dense traffic.

Responding to accident scenes
In addition to transportation-based deployment, drone researchers in the health care industry are also considering the ways in which UAV technology could aid in disaster response situations. Dr. Italo Subbarao, associate dean of the College of Osteopathic Medicine at William Carey University in Hattiesburg, Mississippi, launched an emergency drone project in 2014 soon after a tornado devastated the area, The Washington Post reported. The physician and disaster medicine specialist worked with technical specialists to create a UAV equipped with audiovisual equipment and medical tools that could fly into difficult-to-reach disaster areas and render aid. Subbarao has produced three prototypes and managed a handful of successful test runs in the presence of officials from the Department of Homeland Security and other major groups. Now, the doctor is working with the Mississippi Emergency Management Agency to get a functioning program off the ground.

These use cases point to a bright future for drones in the health care industry. As organizations begin to grapple with this technological transformation, Perle will be there to provide the networking infrastructure needed to support UAV-based care programs. Connect with us today to learn more about our work within the health care space.