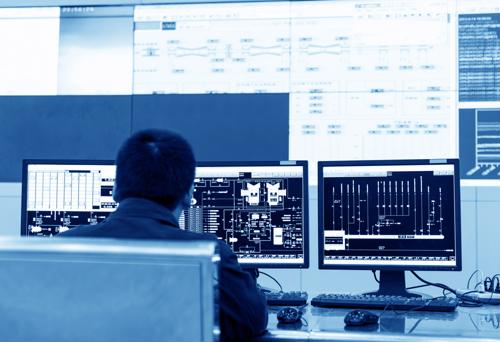 Throughout all of human history, natural disasters have been a near-constant source of personal and economic hardship for societies around the world. And while technology has progressed at a blistering pace, many countries still lack the disaster preparedness and emergency response infrastructure they need to mitigate large-scale property damage and reduce the loss of life. In fact, more than 95% of all fatalities caused by natural disasters occur in developing countries, according to a study from the World Bank. To combat this disparity, tech developers around the world have started experimenting with internet of things concepts to understand how internet-connected devices could help alleviate the fallout of severe weather events.

Although IoT technologies cannot prevent natural disasters from occurring, they can help local communities offset the risks by providing timely updates on potentially dangerous atmospheric and geologic changes. The ability to "predict" severe weather patterns has long been confined to the realm of science fiction, but modern connectivity tools and wireless transmission infrastructure may allow scientists to create effective early warning systems that mirror the real-time capabilities of futuristic tech. To understand how these systems have progressed over the past few decades, it's useful ro recap the basics.

Core principles of early warning systems
In the most basic sense, early warning systems are designed to provide individuals and governments with relevant and up-to-date information on natural hazards, from the trajectory of hurricanes to the likelihood of volcanic eruptions. This data can help at-risk populations make more informed decisions about their evacuation plans and prevent them from being caught off guard by a sudden disaster. According to the Global Disaster Preparedness Center, successful early warning systems typically feature four basic elements, including:

These features work in tandem to maximize public safety and improve resource allocation, but many legacy systems lack the advanced capabilities offered by IoT-oriented frameworks. One example is the global tsunami warning system, which uses a network of surface buoys to track changes in seafloor temperature and pressure. The data is transmitted to ground stations via satellites before being rerouted to disaster centers operated by the National Oceanic and Atmospheric Administration and other international agencies. While this process can help at-risk regions prepare for tsunamis, the system does not offer much lead time. So how can IoT tech improve existing natural disaster response infrastructure?

Disaster response and IoT
Unlike traditional emergency warning infrastructures, smart technologies offer researchers a decentralized method of collecting and sharing critical information about natural disasters. One way to conceptualize the benefits of IoT technology is to see every internet-connected device (smartphones, laptops, wearables, etc.) as a node within a worldwide hazard tracking system. Each IoT device could act as a sensor that detects surrounding atmospheric conditions and relays important data to natural disaster researchers. This framework could essentially replace the expensive and sensitive science instruments used to monitor temperature, humidity and other relevant metrics.

In a 2019 research paper published in Advances in Atmospheric Sciences, Dr. Noam David suggests that IoT technologies could serve as an unprecedented source of data that could improve traditional observation techniques. For example, commercial surveillance cameras could monitor fine particles in the atmosphere, allowing scientists to measure weather patterns in a given area. More importantly, these crowdsourced detection systems would not rely on cellular networks or landlines, which will help reduce transmission delay. Of course, there are limitations to this model of disaster prediction, as government officials would need to install robust network infrastructure and connectivity tools to ensure all communications are preserved in the harshest conditions.