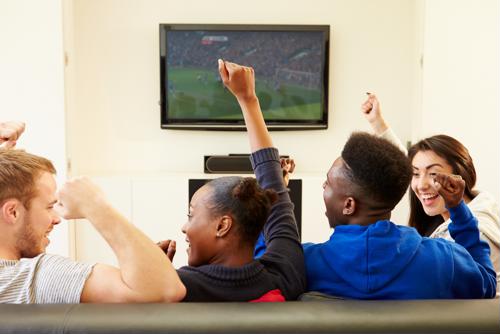 Sunday's football game in Minnesota is likely to be among the largest events of the year in terms of viewership. According to Nielsen ratings, last year's big game drew an audience of over 111 million and spurred nearly 200 million interactions on social media. Despite changing cultural trends, sports events like these continue to be massive draws.

As such, these events require a robust online infrastructure. This is true whether the fans watching are sitting in the front row or relaxing at home on the couch. Advances in technology have only increased the burden. Years ago audiences had to contend with a lone broadcast at 480i. Now, an increasing number of homes are purchasing 4K televisions - in addition to a multitude of smartphones, tablets and other broadcasting devices.

For as long as Sunday sports remain relevant, companies are going to need to know how to effectively maintain and take advantage of an increasingly connected IoT-enabled audience.

Supporting an in-stadium experience
Those who attend the game rarely leave their smartphones and other mobile devices at home. Several years ago, using these devices at crowded events was an unsatisfying experience. Stadiums did not have public-facing wireless network infrastructure, meaning that audiences had to rely on their cellular provider. This clogged airwaves and reduced online connectivity speeds to basically nothing.

Times have changed and many sporting venues want to provide network strength that encourages fans to connect during the game. While strong Wi-Fi is a start, industrial grade fiber and Ethernet connections are also essential. Sports stadiums are no strangers to extreme vibration, shock and temperature change. When choosing equipment, managers need to pick hardware that can stand up to the challenge.

Industrial network connections are also equipped to handle a broad range of media transmission. According to Design News, this makes it easier to segregate confidential data like credit card information onto virtual local area networks. These connections are limited and easily controlled by administrative IT staff.

The growing importance of OTT viewership
Over the top viewership is gaining traction. Level 3 Communications data predicted that OTT usage will surpass traditional TV viewership within five years. These viewers do not subscribe to cable or satellite but rather place the full burden of their enjoyment on stable broadband internet connections.

Maintaining consumer satisfaction means making continued investments in improving broadband infrastructure. Strengthened wired and wireless solutions are important steps in this process. Fiber wired connections are vital to preserving connection speeds. Implemented media connectors can also help bolster the distance that the network can reach. As OTT usage grows, the pressure will increase. According to the U.S. Telecom Association, the amount of internet traffic, expressed in DVD data storage has increased dramatically from just 100 million DVDs in 2000 to 17 billion by 2010. That number is far higher now. With services like Amazon now offering certain games via streaming, OTT has officially reached the sports arena.

Transmitting in 4K
Part of the increasing pressure comes from an expected rise in quality. Traditional HD is becoming obsolete as more 4K-enabled devices continue to come to market. However, this is not the theoretical end of improvement as Samsung unveiled an 8K television screen at CES in 2018. While it is still far too early to say with certainty that the public will embrace the new technology, the trend is clear: Consumers want to stream in higher quality.

This reinforces the need for strengthened infrastructure. While Wi-Fi streaming has made improvements, wired fiber connections are still far and away the most reliable method to stream data at this level. Many OTT video providers that offer 4K streaming currently depend on telecom networks with bandwidth to handle this connectivity, however companies like Google have a chance to upset this current balance.

Sports events have always been and will continue to be a driver in entertainment, not just in the stadium but in homes. As experiencing the big game evolves, so do the demands being placed on network infrastructure to deliver a quality, consistent and secure presentation.

As more sports venues continue to incorporate IoT-optimized technology, owners and managers will need to review their investment strategy to ensure that they remain competitive. Perle provides the hardware to enable the critical network infrastructure required for uninterrupted data streaming and monitoring. Connect with us today to learn more about how we can help your sports venue broadcast and transmit at the highest level of performance possible.