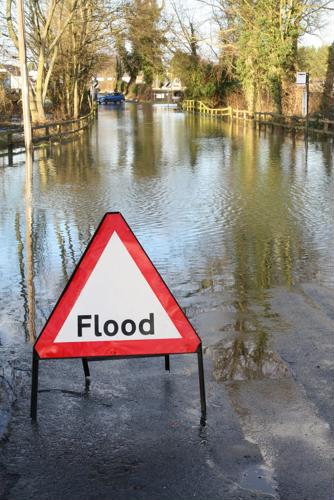 Flooding is one of the most dangerous and costly types of natural disasters, especially in coastal areas and low-lying regions located near large bodies of water. According to the Organization for Economic Cooperation and Development, flooding causes more than $40 billion in damages worldwide on an annual basis. In the U.S., flood losses average around $8 billion a year, or $2.2 billion per event, research from the National Oceanic and Atmospheric Administration found. These billion-dollar weather disasters have been growing in frequency and severity over the past decade, driven by climate change and rising sea levels. Considering the high cost of damaged infrastructure and the resulting recovery efforts, what are local and national government officials doing to offset the threat of flooding?

Traditional flood monitoring systems
The U.S. Geological Survey and the National Weather Service have worked together to maintain flood monitoring systems for decades, pulling data from different sources to gauge surface and groundwater levels. During periods of increased flood risk, the NWS issues flood alters to relevant counties or entire states, depending on the perceived threat of the event.

As National Geographic explains, flooding can be caused by a variety of weather conditions, including hurricanes, storm surges, tropical storms and the rapid melting of ice or snow. Infrastructural weaknesses are another key risk factor, such as a ruptured dam or levee, poor water management systems and more. When taken together, these root causes can make it extremely difficult to predict when a flood will take place, and how serious it will be.

How IoT enables real-time flood alerts
As technology has advanced, the NSW and other government agencies have started developing new flood monitoring systems that are able to send updates in real-time. Following the devastating impact of Hurricane Sandy, the USGS began construction on the Surge, Wave, and Tide Hydrodynamics Network, the agency explained on its website. The SWaTH system was installed along the Northeastern Atlantic Coast, stretching from North Carolina to Maine, and relies on a network of tide gauges and environmental sensors to collect data on local conditions.

This distributed array of sensors, many of which could be considered a part of the IoT, enables the USGS to integrate historical flood data with present observations. Using artificial intelligence, machine learning and predictive modeling, agency officials can more accurately forecast both coastal and inland flooding events, giving citizens advance notice of life-threatening conditions. But the USGS isn't the only organization working on these types of connected sensor networks.

While the connectivity requirements for AWARE may not be as extensive as the USGS's SWaTH system, government officials may need to scale up their networking infrastructure to integrate a real-time monitoring platform. Perle offers industrial-grade networking tools that can keep critical data flowing when it matters most. Our reliable console servers enable secure remote console management of any device with a serial or USB console port, including environmental sensors.