How IoT technology is improving disaster response and relief 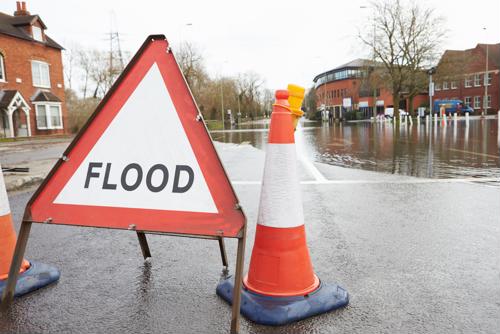 Hurricane Harvey continues to batter the Houston area, forcing hundreds of thousands to flee their homes for the refuge of storm shelters, The New York Times reported. The hurricane, which is expected to dump as much as five feet of rain, is the largest storm recorded in more than 10 years. Military personnel and emergency crews from across the country have descended upon Houston in an effort to assist the city's 6 million residents. Most of these emergency responders are likely equipped with the traditional tools of the trade. However, there is a good chance some are relying more advanced implements - namely, devices connected to the internet of things.

While IoT technology is most recognized for business-based deployments, organizations in the disaster recovery and emergency response arenas have also embraced these connected innovations.

Stopping the disaster before it happens
Climatologists and others have, for decades, attempted to develop and deploy early warning systems capable of notifying bystanders before natural disasters unfold. Tornado warning systems are the most visible examples. These solutions allow National Weather Service officials to warn families 20 minutes prior to when a storm hits, according to AccuWeather. Of course, there is room to improve. Preferably, warnings would come a lot sooner, as even a 20-minute window is not long enough for some.

With this in mind, innovators in the IoT space are exploring new solutions that might save more lives, according to the International Data Group. These solutions use sensor technology to foresee dangerous events before they unfold. The El Salvadorian electronics firm Reaccion debuted such technology last year, rolling out an early warning system designed to detect oncoming mudslides, a significant problem for the many rural communities perched on the country's multiple mountain ranges. One mudslide in 2009 destroyed more than 7,000 homes and killed 91 people, The Associated Press reported.

Reaccion hopes to prevent such events via a mesh network in which each individual village has an IoT sensor device, or node. These fixtures, which feature accelerometer and weather sensors, circulate data throughout the network providing monitors with up-to-date metrics for predicting mudslides. However, the company did not just setup the solution and leave - it offered technical training to willing villagers so they could manage the new technology without outside assistance.

Scientists at Florida Atlantic University are working on a similar sensor-based solution meant for ocean deployments, Phys.org reported. In 2015, these researches dropped matchbox-sized sensors into the Atlantic Ocean. These fixtures are engineered to gather data on ocean water that could one day help climatologists predict earthquakes and hurricanes.

IoT technology such as this opens up myriad new opportunities for government and private entities hoping to address the threat or natural disaster.

Responding to events in progress
While IoT platforms like the one above can help predict inclement conditions in time for authorities to mitigate the destruction, some events are too difficult to stop. However, in these instances, connected devices can still offer plenty of help. Firefighters have for years dreamed of a future in which automated devices might help them save more lives, homes and businesses, GovTech reported.

Early innovators have sketched out these solutions - the most prominent one being a sensor-equipped platform capable of collecting and analyzing massive amounts of data in an effort to predict fires. Remarkably, something like this already exists. The New York City Fire Department uses a program called the Risk-Based Inspection System, which gathers metrics on 60 risk factors and uses this data to determine what structures are most likely to catch fire. Wearables are another class of IoT technology gaining interest in the industry, as connected health monitors and similar solutions could help protect firefighters as they wade into burning buildings.

Drones also receive considerable attention in the fire safety space. However, only one department has successfully deployed one of these devices in the field. The FDNY uses an unmanned aerial vehicle to monitor in-progress blazes from above, The New York Post reported. This capability comes in handy in a city like New York, where rooftop fire mitigation practices are common.

Buttressing disaster relief efforts
After a natural disaster or similar event has unfolded, conditions on the ground can be particularly fraught. Everyday luxuries taken for granted fall into an inoperable state. For example, the Boston Police Department learned this the hard way in 2013 in the hours following the Boston Marathon bombing, when local cellular networks became overloaded and mobile connections dropped off, TechCrunch reported. Technical specialists say IoT devices can actually come in handy in this kind of situation, as they can support low bandwidth communications even when networks or physical infrastructure fails. Sensors have the same capability and can continue to transmit data in the toughest scenarios.

This low-bandwidth IoT approach could form the backbone of new-and-improved disaster response networks that far surpass those in use today.

While natural disasters such as the one unfolding right now in Houston are impossible to avoid, emergency response organizations certainly have the power to improve their techniques with the help of IoT technology. As these groups bolster their operations, Perle will be there to provide the resilient networking infrastructure needed to support on-the-ground disaster response fixtures. Connect with us today to learn more about our products.