How local governments are leveraging IoT 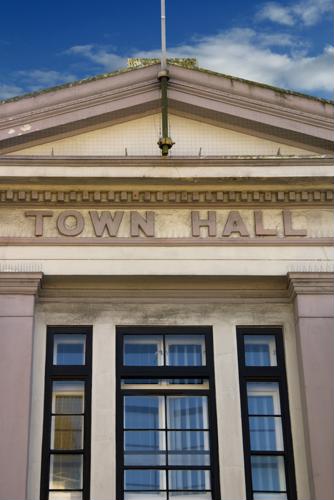 As smart city innovation continues to pick up speed, government officials have started brainstorming about how to leverage IoT applications to enhance public service efforts without adding unnecessary inconvenience. Most cities appear to be taking a slow-roll approach, starting with small conveniences to get the public acclimated to smart technology before launching into large-scale projects.

One important prerequisite for smart city deployments is the ability to collect, organize and analyze the massive quantities of data needed to accurately identify opportunities for improvement. Smart tech relies on efficient data gathering tools to generate contextual awareness and location-specific intelligence, which enable the precise forecasting of current and future social demands. Government officials have prioritized data collection efforts to fuel their smart city initiatives, turning to a range of internet-connected pathways like social media, mobile GPS and live video feeds as sources of valuable information. After the into a centralized repository, local officials can more easily discover relevant trends and behavioral patterns.

A late-January article from GCN outlined some of the effective entry points that local governments are using to promote digital transformation in U.S. cities, as widespread implementation cannot move forward without the support of the citizenry. To that end, here are three areas of innovation that government officials and community leaders are focusing on:

1. Pedestrian safety
Traffic management is about more than just cars on the road, it's about improving the safety of walkers, joggers, cyclists and anyone else navigating congested city centers. For example, crosswalks are outfitted with pedestrian lights to manage the flow of foot traffic at busy intersections, though most are set to automatic timers that are anything but intuitive. Crosswalks outfitted with IoT sensors and real-time data feeds would be able to respond to the exact movements of vehicles and pedestrians as they weave through city streets.

Recently, Iteris and Cisco announced that they would be working on such a project in close partnership with local officials from the City of Las Vegas. This smart roadway initiative combines edge-processing, a video detection platform and multimodal analysis software to track the movement of vehicles, bicycles and pedestrians. Government officials hope that installing internet-connected traffic sensors alongside this IoT system will improve the flow of traffic and reduce congestion during peak travels hours.

2. Advanced disaster warnings
Every region of the U.S. contends with different climate and atmospheric conditions, each with its own unique, location-specific weather hazards. Coastal regions are typically the hardest hit by tropical storms and hurricanes, while the Midwest faces tornadoes on a nearly seasonal basis. While technology has undoubtedly helped to mitigate the impact of natural disasters - early warning systems in particular - there is still a lot of room for improvement.

On January 3rd, AT&T introduced plans for a new mobile app designed to alert Los Angeles County residents of earthquakes as quickly as possible. The application, called ShakeAlertLA, will leverage IoT ground sensors to detect seismic activity that exceeds 5.0 magnitude, sending push notifications to warn citizens ahead of the dangerous surface tremors. Along with alerts, users can view interactive maps that will display the earthquake's epicenter in relation to their own location or read through sample readiness plans.

3. Emergency response
Most cities are already equipped with public safety systems that use strategically placed cameras, microphones and sensors to perform a range of useful tasks, including speed limit enforcement, automatic toll collection and emergency response management. Most of these systems are fairly autonomous, but new IP-based smart networks will allow for efficient accident response powered by machine learning algorithms. Smart cameras will be able to "recognize" accidents and engage emergency responders without ever having to place a phone call.

As part of its CES 2019 coverage, The Associated Press reported on a partnership between Bosch and Mojio which aims to develop IoT-integrated emergency response solutions that can be easily deployed within urban environments. The yet unnamed technology combines crash detection and eCall capabilities into a simple plug-and-play device which can be entirely managed through a mobile app. This "connected car" system would allow city officials to track accident response in real-time, generating critical insight on response times, traffic congestion and first responder readiness.

Before these projects can see full deployment, government officials will need to install reliable connectivity infrastructure that can facilitate high-speed data communications. Luckily, Perle offers reliable networking tools that can strengthen connectivity without sacrificing scalability. Read our customer stories to learn more about how our product offerings can smooth the path to the fully integrated smart cities of the future.