How the IoT could take wind energy to the next level 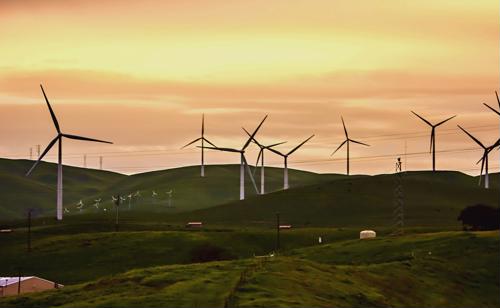 The subject of renewable energy production often brings to mind solar technology. However, organizations in this field do not solely depend upon photovoltaic fixtures to generate environmentally friendly energy. A large number maintain wind-based operations, leveraging utility-scale turbines to gales and gusts into usable electricity. In fact, there are more than 52,000 turbines operating in the U.S., according to the American Wind Energy Association. These fixtures generate over 82,000 megawatts of electricity and power roughly 25 million households per year.

However, the technology is far from perfect. Additional innovation is needed to transform wind-generated electricity into an energy source fit for mass consumption. With this in mind, many in the industry are looking toward technology rooted in the internet of things, envisioning a near future where sensors solve the logistical issues accompanying wind power generation and the methodology surpasses oil and gas production as the energy creation strategy of choice.

Connected technology for logistical concerns
Wind turbines are massive structures that often dwarf their bucolic surroundings, according to Forbes contributor Mike Travis. In the wind energy, turbine size correlates to energy output, as fixtures with bigger blades absorb more kinetic energy with each rotation that those with smaller blades. While mostly effective, large wind turbines are difficult to manipulate and often lose power-production potential when outdoor conditions change. Sure, engineers can adjust for wind speed and direction, but there are few other options aside from that.

This logistical challenge engenders unpredictability in the marketplace, as production levels literally change as the wind blows. Fossil fuel production, on the other hand, is more stable and therefore a more reliable means of energy creation. In 2015, Envision Energy unveiled new technology capable of adding stability to the wind generation process - an IoT-based sensor system that gathers actionable insights on wind speed, temperature, structure vibration and more. With this data in hand, turbine engineers can create long-term production projections and make adjustments to account for environmental changes.

Of course, this represents only one variable in the wind energy logistical equation that IoT technology can potentially affect. Other innovators are developing industrial networking gear that helps engineers avoid costly downtime, Wind Power and Engineering Development reported. Even large firms like General Electric are creating sector-specific IoT solutions.

An evolving industry
With these innovations in play, the wind energy generation industry has the potential to move from niche to the mainstream. As this progression unfolds, Perle will be there to provide the networking infrastructure required to usher in an era of IoT-driven wind turbine technology. Connect with us today to learn more about our work within the renewable energy space.