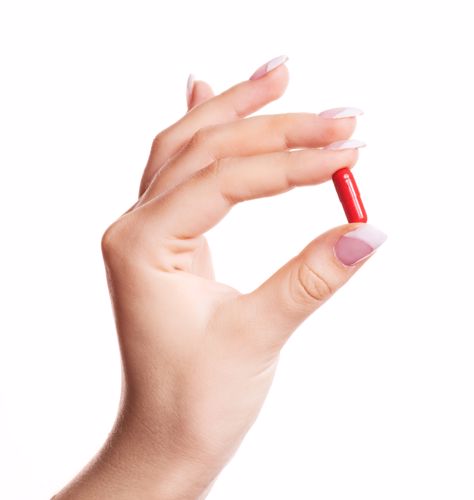 Thanks to advances in the Internet of Things (IoT), the healthcare industry now utilizes sensor technologies in unprecedented and remarkable ways.

How's the taste, though?

While the IoT may be revolutionizing the data collection and communication capabilities of smart devices around the world, tastebud manipulation isn't on the menu…yet. Instead, the latest technological achievements related to tiny cameras focus solely on the swallowing of a pill-sized ingestible-micro-bio-electronic-device (IMBED) that assists in monitoring the gastrointestinal health of their hosts.

Since the human gastrointestinal tract stretches to as long as 30 feet, the concept of a tiny camera navigating the weaving pathways of intestines seems favorable for patients traditionally subjected to probes and larger, less comfortable devices for internal investigations.

But where did the inspiration for this surprising technology come from?

The cleverly-labeled e-pill may accurately describe electronics that can be ingested, but there's much more to these fingernail-sized devices than tiny microchips. IoT-packed IMBED pills can measure pH and temperature, but their diagnostic origins actually come from bacteria, which in turn helps scientists assess their future potential.

The environmentally resilient and adaptable nature of bacteria provided the inspiration for the development of these micro sensors. A 2018 study published in Science showcased proof of concept for IMBED sensors to successfully detect internal bleeding in swine. The scientists turned to the combination of biosensor bacteria and a miniature wireless readout capsule in order to carry out the successful experiment.

Abilify MyCite was the first FDA approved e-pill in 2017. The digital ingestion tracking system was designed to monitor when a schizophrenia medication was administered. The pill sensor worked by sending a message to a wearable patch. From there, the data was transferred to a mobile application so that patients could track the precise time of ingestion.

Future development of this tech could one day progress to a daily consumable, designed to monitor everything from the esophagus to the stomach. The thought of skipping an invasive, anesthesia-induced endoscopy would surely prompt more than a few to consider swallowing one additional pill alongside their battery of morning supplements.

The ingestible sensor market is expected to reach a compound annual growth rate (CAGR) of 18.7% in the period between 2022-2031, according to a March 2022 report published by Comserve Inc. The non-invasive nature of the sensors, combined with the increasing prevalence of chronic disorders, make the technology an increasingly viable option for the monitoring of the human body.

Growth applications into other sectors is another factor in the healthy CAGR forecasted for this technology. Ingestible sensors could one day become commonplace in the physical fitness or military industries, given the amount of data collection currently utilized for wearable biometric diagnostic sensors.