IoT adoption is at an all-time high despite security concerns 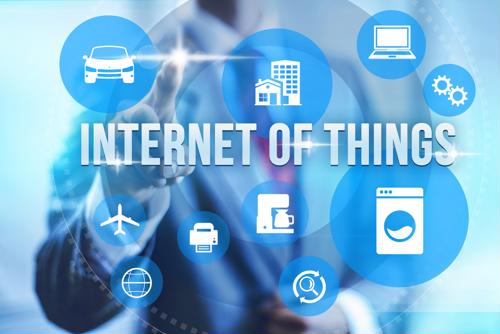 According to a recent Kapersky study, 61% of businesses are using the internet of things to bolster their operations. This high rate of adoption for IoT platforms is a new record - the economy has never been more interconnected than it is today. Of course, the IoT presents unique challenges, most notably the security risks it presents. Nevertheless, organizations everywhere are eager to make use of the IoT, and the rate of growth is not likely to slow anytime soon.

Kapersky's 2019 Benefits and Challenges of IoT in Business study surveyed a wide range of businesses and collated information about their use of the IoT - 61% of organizations are currently using IoT platforms in their business. In particular, IT companies and financial institutions are using the IoT at rates higher than the average, with 71% and 68% respectively. Utility and power companies also make heavy use of these technologies, with two-thirds of these businesses (66%) using the IoT.

Since 2018, IoT usage in the finance industry has grown 8%, from 60% to 68%. Hospitality and healthcare were tied for the biggest jump of all, gaining 10% each. This rate of growth is only going to continue according to Kaspersky - global IoT spending is set to reach $1.1 trillion by 2025, which is a massive jump from the $166 billion that spending sat at in 2016. With more ways to utilize the IoT to add convenience to everyday life, this trend is not at all surprising. Governments may soon be jumping on the IoT bandwagon as well, with new concepts like smart cities and transportation infrastructure becoming popular areas of research. Soon, the IoT will be difficult to avoid in modern society.

The increased adoption of the IoT comes despite the wealth of security concerns that professionals say the technology brings with it. Roughly 28% of companies said that they experienced a cyberattack that was accomplished thanks to their use of IoT infrastructure. More specifically, 38% of security professionals believe the top security challenges for IoT are poor visibility into processes and a lack of in-house expertise.

IT professionals believe that training in cybersecurity should be a priority on the part of any organization making use of the IoT. By training employees on how to properly protect their privacy and the data of their organization, the risks of successful cyberattacks are greatly reduced. Industries with high rates of IoT adoption should be especially concerned with the danger involved and strive to equip their workforces with the tools and knowledge for the job. The financial and healthcare sectors frequently deal with the personal information of the average person, making them a prime target for eager hackers. Protecting this sensitive data should, therefore, be prioritized. Kaspersky states that 105 million attacks on IoT devices in "honeypots" occurred in the first half of 2019, more than seven times the amount that occurred during the first half of 2018.

This number will only increase as the 2020s march on, according to ZDNet. The IoT will also bring additional security challenges in the future as the technology is refined further. Non-centralized industrial IoT systems that coordinate logistics and manufacturing add complexity to the already very complex problem of protecting the industry from the actions of malicious hackers. Artificial intelligence and machine learning are also becoming more accessible to organizations, opening up even more opportunities for cybercriminals to conduct their operations.

In addition to training, there are other steps that organizations can take to protect their data and reduce the amount of risk the IoT brings. Conducting routine security checks and audits can go a long way to identifying any major holes that need to be patched up in an organization's proverbial cybersecurity wall. The addition of new devices should also be restricted to make sure the security of each new computer or phone is assessed and deemed safe before being connected to the network. And of course, IT departments should keep their software and hardware up-to-date with the latest architecture. For data centers, choosing the right products will matter greatly in the battle for IoT security.

Businesses looking to create a secure IoT-enabled environment for their commercial or industrial operations will need reliable hardware such as Ethernet switches and serial to Ethernet converters. Check out some of the ways Perle has enabled clients to reach their technological potential.