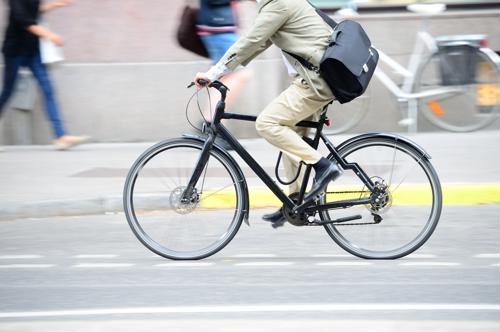 More than 66 million Americans braved bike lanes in 2016, commuting to work, running errands and enjoying the great outdoors on two wheels, according to research from Statista. This marked the second consecutive year that bicycle usage remained stable, after rising dramatically between 2012 and 2014. In short, more Americans are riding bikes than ever before, forcing cities across the country to roll out new transportation programs centered on supporting the increasingly large numbers of bicyclists taking to their roads and trails. These projects normally involve the installation of bike lanes, storage areas and road markings designed to streamline movement and ensure the safety of riders, motorists and pedestrians. The cities of San Diego, Tucson, Arizona and Los Angeles have seen the most success in this regard, boasting 620, 610 and 463 miles of bike lane, respectively, analysts at Statista found.

In addition to simply retrofitting roadways, some metropolitan areas are debuting bike-based improvements that include more cutting-edge advances centered on connected devices. This combination of traditional transportation and innovation centered around the internet of things has become a centerpiece of many smart city programs. Local officials spearheading these efforts work to catalyze increased sustainability through the latest technological infrastructure, while also appealing to environmentally-friendly young adults. Just how are aspiring smart cities implementing such initiatives? Here are some early examples:

American cities have embraced bike sharing programs over the past six years in response to the rising number of bicyclists, according to research from the National Association of City Transportation Officials. Last year, the total number of shareable bikes nationwide reached 42,000, with these fixtures facilitating more than 25 million separate trips. While larger bike share programs like City Bike in New York City and Capital Bike Share in Washington, D.C. accounted for a large portion of this traffic, metros across the country continue to roll out sharing programs. Currently, there are 55 in total, with several more in development.

While these programs have proven effective, many believe connected technology could further bolster their potency and lead to larger transportation advances. The individuals championing smart city development are stepping in to transform this idea into reality, according to the Smart Cities Council North America. Earlier this year, Qualcomm Technologies, China Mobile Research Institute and the IoT bike sharing firm Mobike debuted an application-based system that allows users to request and access Bluetooth-enabled bikes anywhere. The transportation fixtures are equipped with IoT sensors that collect usage metrics, as well as real-time traffic insights that are transmitted to users via the mobile application. Mobike is in use in cities across China and Western Europe, The Washington Post reported. The company plans to expand into the U.S. soon, signaling a new connected era in the bike-sharing movement.

While the expansion of bike lanes in the U.S. signals progress, it also poses new safety hazards, as bicycles and automobiles share the road more often than ever before. Bicyclists have the more to lose in accidents on the road, as they are far less protected than drivers. Overall, bikers suffer nearly 4 percent of all traffic injuries, including more than 2 percent of those that prove fatal, according to research from the Alliance for Biking and Walking. Of course, the individuals orchestrating smart city programs want to prevent such occurrences at all cost, no matter how small the frequency. This push has led to the development of new safety accessories powered by IoT technology.

The Northern Ireland-based startup See Sense leads the pack when it comes these niche innovations, according to the International Data Group. The company manufacturers connected bike lights that leverage sensors to adjust to the external environment, brightening to maximum glow in the darkest conditions and dimming to conserve energy when the sun peeks through the clouds. The lights also connect to a mobile application and use their sensors to collect a variety of metrics - including air quality and road vibration readings - that may allow bicyclists to navigate the roads more safely. For smart-city stakeholders, small devices like these can prove powerful when widely distributed. Officials in London long ago realized this, incorporating IoT-enabled bicycling safety accessories into a larger metro-wide smart city initiative, The Guardian reported.

In 2015, the U.K. government's Innovate UK group founded Future Cities Catapult, a nonprofit dedicated to revolutionizing English cities through technology-based initiatives. Soon after its founding, FCC launched the Connected Streets program, which facilitated the production of five cutting-edge IoT safety devices for bicyclists, including a bike helmet with Google Glass-like heads-up display. The nonprofit hopes to expedite the development of bike-friendly smart cities with this innovation and others, equipping riders with small enhancements that my drive change on a larger scale.

As organizations like FCC look for ways to transform public transportation via resurgence of cycling and the rise of the IoT, Perle will be there to offer assistance, providing the backend networking technology needed to support large-scale connectivity. Contact us today to learn more about our work in the transportation space.