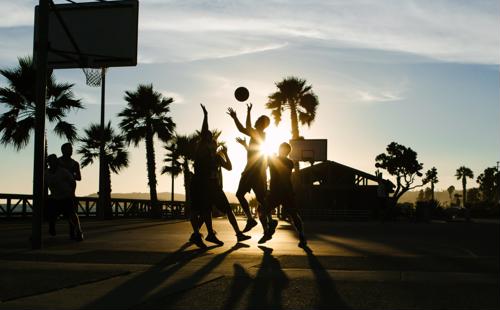 All manner of unorthodox connected items have materialized in recent years, some with true deployment potential and others offering little utility in the real world. Sensor-equipped clothing, when originally conceived, seemed destined to remain in information technology fantasy land. However, some new developments in the marketplace indicate that this over-the-top innovation may have real staying power, among both enterprises and individual consumers. This year alone, smart clothing sellers will ship just under 5 million units, according to projections from ABI Research. By 2022, that figure is expected to increase to 31 million, riding a compound annual growth rate of more than 45 percent.

In addition to gaining real traction in the market, connected wears are achieving increased media visibility due in part to the emergence of the first large-scale adopter of the experimental technology: the National Basketball Association. This past September, mere weeks before the NBA season kicked off, the league announced the launch of cutting-edge garments designed to initiate multimedia-infused fan experiences via near-field-communication equipment. The jerseys boasted internet of things technology from the NBA's official on-court clothing partner Nike, which had recently debuted the latest iteration of its NikeConnect solution.

"Our Nike uniforms set a new standard for connecting our most passionate fans with their favorite NBA teams and players," NBA Commissioner Adam Silver said during a Sept. 15 product launch in Los Angeles. "Nike has once again taken the game of basketball to a new level, this time with one of the most advanced jerseys in sports."

IoT threads arrive
Back in 2015, the Beaverton, Oregon-based sports retailer signed a lucrative deal with the NBA, replacing rival Adidas as the official jersey-maker of the league. In addition to providing exciting new game-ready concepts, Nike debuted its Connect program - an IoT product that would allow NBA fans to access personalized content using connected jerseys and an accompanying smartphone application. The garments, which went on sale Sept. 29, feature NFC tags located near the bottom hem that communicate with the NikeConnect application when briefly united with a mobile device, TechCrunch reported. Following this meeting, digital content - including real-time statistics, news items and videos - pertaining to the respective player populates, offering fans instantaneous information about their favorite basketball stars.

The NBA's embrace of NikeConnect is unsurprising considering Silver's attitude toward technology-driven fan engagement. After taking over as commissioner in 2014, the long-time NBA employee expressed interest in expanding the league's international influence using cutting-edge technological innovation, according to the International Data Group. Silver discussed incorporating virtual reality into the arena experience and further bolstering the NBA's analytics collection capabilities. The commissioner has managed to accomplish both of those aims. This season, the NBA is broadcasting every game in VR, USA Today reported. And, data has become a driving force behind professional basketball during his reign, according to Quartz. Now, all 30 teams employ statisticians who analyze every play to help players find more efficient shots, while arena personnel deploy customer applications to collect insights and game attendees and improve on-site services.

The NikeConnect launch is the logical next step in the NBA's push to implement innovative technology, revolutionize professional basketball and achieve sustainability by engaging their fans, who skew young, according to research from MarketWatch.

Connect clothing gains steam
While Silver and Nike may be the first to explore connected athletic clothing on a large scale, they certainly did not conceive the technology. Under Armour quietly tested one of the first IoT devices tailored to the athletic market back in 2011 during the National Football League combine, the pre-draft training camp where soon-to-be-professionals show scouts what they can do on the field, according to Wired. The company convinced star college quarterback and future No. 1 draft pick Cam Newton to wear a compression shirt equipped with a sensor that collected various performance metrics, including Newton's running speed and acceleration, his vertical jump g-force and heat rate. The garment, called the E39, raised eyebrows and previewed the forthcoming IoT athletic wear movement.

While Nike's jersey is aimed at fans, the deployment methodology used in the production of the item could easily be retrofitted to function on an NBA court. The players themselves have voiced support for on-court IoT wear - some have even worn experimental devices in live games, ESPN reported. However, the league banned such fixtures in February 2017 during contract negotiations with the National Basketball Players Union, according to Readwrite. That said, it would not be surprising to see commissioner Silver green-light in-game IoT in the near future, especially with fans sporting technology that could translate to the court.

As the NBA and other sports leagues test sensor-equipped athletic clothing for fans and players, Perle will be there to provide the underlying connective infrastructure needed to support large-scale IoT deployment. Connect with Perle today to learn more about our work in the sports and entertainment industries.