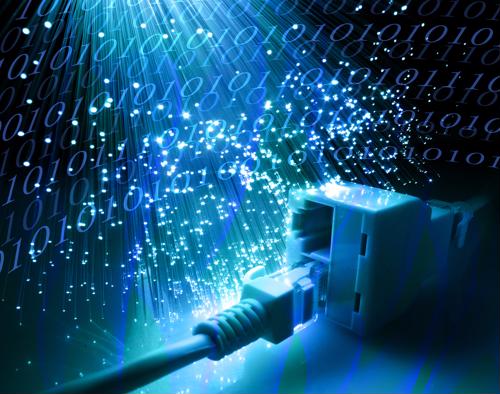 The rapid expansion of internet of things systems has demonstrated that modern networking infrastructures are not equipped to handle the massive volume of data produced by embedded technologies, leading many experts to rethink how public and private networks are designed and managed. In June, researchers at the University of Magdeburg announced a new partnership between academics and key industry players aimed at developing next-generation infrastructure for large-scale IoT applications, which has been called the Dynamic Runtime Environment for Organic dis-Aggregating IoT Processes.

The project is focused on combining cutting-edge device, data and process management strategies to create more intelligent IoT frameworks. The research team is also developing advanced networking tools that will help companies and government officials improve the security and efficiency of their critical systems. But what specific issues are holding back widespread IoT integration?

Securing sensitive data in the IoT era
One of the biggest limitations of legacy networking infrastructures is the lack of standardized cybersecurity methods, which has allowed cybercriminals to access and steal consumer information at a staggering pace. According to a 2018 study from the Ponemon Institute, the global average cost of a single data breach stands around $3.86 million, representing a 6.4% increase since 2017. What's more, the loss or theft of a single record that contains sensitive or confidential data can cost upwards of $148. Considering most high-profile data breaches involve millions of stolen records, it's crucial for IoT network developers to prioritize information security and governance.

Computer scientists at the University of Magdeburg stress that future IoT networks must be fault tolerant, flexibly secured and able to process disparate protocols simultaneously. The issue with scaling up legacy systems is that most were established back in the 1970s and 1980s, and were designed to facilitate specific applications that have since become obsolete.

"Smart devices can then operate with one another independently of the cloud and therefore work autonomously and fault-tolerantly," said Professor Mesut Güne, lead researcher at the University of Magdeburg, in a June press release. "Due to the lack of need to share all data with the cloud, traffic and reaction time are reduced."

Rather than replacing traditional network infrastructures, researchers say that next-generation services must be self-organized and function autonomously from public access channels. The issue is that the internet currently features centralized security protocols, which often produces "chokepoints" that may throttle IoT connectivity. By implementing more dynamic controls and flexible data transmission processes, network administrators can build a future-proof network hierarchy that is specifically designed for IoT applications.

The role of edge computing
The DoRIoT project represents a true merger of device and data management by integrating all servers and nodes into one decentralized networking environment. This framework is notably similar to the concept of edge computing, which is focused on improving response times and saving bandwidth by bringing data storage closer to a target location. However, DoRIoT expands upon this concept through proactive error reporting and enhanced problem resolution capabilities. These features are extremely important when new IoT devices are added to an existing network or updated with new security firmware.

Under the DoRIoT framework, every IoT device will be able to share its processing power, storage space and more, which will help reduce latency and overall power consumption. Manufacturing environments, in particular, can benefit from this sort of responsive asset-sharing capability, as the advent of Industry 4.0 has pushed many companies to switch to autonomous, self-managing systems.

"A fast-growing data pool is being produced, which in turn makes it possible to produce considerably more accurate information, for example in the case of climate model forecasts, the observation of traffic flows or the management of large factories in Industry 4.0," said Güne.

As artificial intelligence and machine-to-machine communication platforms grow in popularity, manufacturers will increasingly rely on reliable and efficient networking tools to ensure their supply chains, production output and data analytics remain sustainable in the long term. Of course, every system requires some degree of human intervention, but reducing the dependency on cloud computing and third-party data storage companies will provide manufacturers with greater control and visibility over their proprietary data.

Perle offers high-performance networking tools that can help organizations prepare for next-generation IoT networks. Our SFP Optical Transceivers and Console Servers offer secure remote console management with advanced security functionality, allowing system administrators to keep a close watch on their networks before, during and after a large-scale IoT deployment. Read some of our customer stories to find out how we've helped other organizations update their critical system infrastructure.