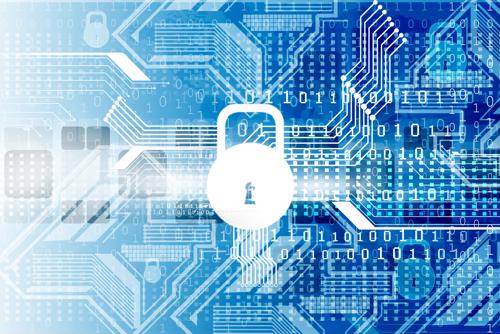 The internet of things has generated a lot of optimism over the past few years, stemming from its massive potential to transform the operational capabilities of almost every industry. Commercial markets around the world have been brainstorming about how the technology can be implemented, with many hoping to increase productivity and reduce operating costs. But while IoT can undoubtedly help to streamline industrial workflows and boost efficiency, many experts have pointed out the security risks inherent in a fully integrated system.

In 2017, Gartner released a study predicting that over 20.4 billion connected things will be in use by 2020, highlighting the need for more robust cybersecurity moving forward. Organizations moving toward complete interconnectedness are at the highest risk, as the same technology that enables high-performance data analytics also opens up new vulnerabilities within their networks. Consumer privacy is also a major concern, specifically within the smart home sector - every new device is a new entry point for cybercriminals.

Cloud computing and IoT weak points
Addressing the unease about IoT security starts with a comprehensive review of its weak points and an assessment of how its vulnerabilities can be leveraged by hostile actors. Firstly, there is no standard security protocol for IoT networks and devices because the technology is still relatively new. Most consumers and end users lack the technical understanding necessary to manage the security risks themselves, demonstrating a need for cloud standardization. While a uniform system may help users acclimate to the technology's use, it may also reduce overall flexibility and limit deployment potential. For example, integrating the internet of things with a consumer device is much different than installing IoT sensors in an industrial manufacturing plant. To find long term solutions, security experts will need to develop new techniques for defending against DDoS attacks and insulating big data from unauthorized access.

Connectivity is IoT tech's biggest strength, but also its biggest weakness. Every new device, sensor, transmitter and relay point is a potential point of failure for the entire network. Because the devices are synced together through centralized data aggregation and monitoring software, cybercriminals need only crack the defenses of one device to tap into the entire system. In short, IoT expands the attack surface of cloud connected networks and opens up vulnerabilities at every link in an organization's security chain. Considering how prevalent IoT has become in industrial and commercial applications, the threat posed by weak safeguards has the potential to impact the lives of just about everyone.

Endpoint security
Most organizations take a traditional approach to cybersecurity, focusing on methods that allow for the quick detection and reaction to any malicious activity on the network. Common security measures include firewalls, antivirus programs and data-loss prevention software. While these solutions have certainly prevented countless security breaches, they have also forced organizations to work toward a stalemate rather than sustainable success. Instead, security experts at GCN, a public sector IT firm, suggest moving toward endpoint security systems that utilize proactive methods of access regulation and data analysis.

In an early December article, contributing writer Pete Burke stated that endpoint security "merges traditional methods with machine learning and artificial intelligence and utilizes the data gathered by the other security solutions deployed across the network." Such a system would be constantly expanding its protective capabilities by breaking down the underlying behavior data gathered during cyber attacks. While endpoint systems are capable of being integrated into existing cybersecurity networks, companies will need to reorganize their IT infrastructure to deploy them on an industrial scale.

Perle offers high-performance networking tools that will improve scalability and keep security protocols running around the clock. Our SFP Optical Transceivers and Console Servers offer secure remote console management with advanced security functionality. Read some of our customer stories to find out how we've helped other organizations in every industry protect their critical system infrastructure.