Making the case for the wind powered data center 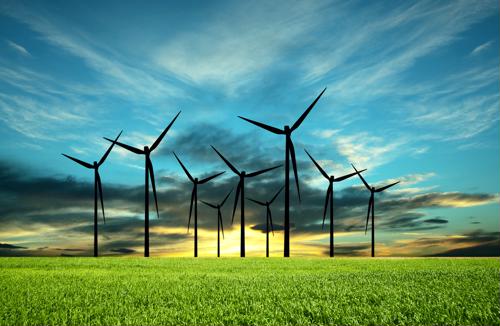 2014 was a great year for wind-power renewable technology. According to the Wind Energy Association of America, nearly 5,000 MW of wind capacity was added in 2014. This was four times the capacity added in 2013, suggesting that solar adoption is headed for a surge. In addition to the newly added capacity, over 12,500 MW of capacity are still being built, while another 5000 MW has been designated for installation through purchasing agreements. Many businesses are looking to take advantage of this bountiful energy resource, including those in the tech industry. That's because data center architecture is such a huge draw on energy resources.

A closer look at the state of renewable wind for data centers reveals how tech companies large and small can put this technology to work for their facilities. Considering the inevitability of data sprawl and the rising costs of data center management, looking to deploy solutions like wind energy is a great way to begin future proofing facilities.

"The price of wind power is far more stable than that of electricity."

Wind energy offers unique advantages over fossil fuels
Solar energy for data centers has been gaining traction for years. Why the sudden interest in wind power? According to The Energy Collective, predictability and pricing top the list of reasons why wind power might be worth the hassle when solar was not. The price of wind power is also far more stable than that of fossil fuel electricity, which swings back and forth depending on the cost of a barrel of oil. High fluctuation of cost is not a popular feature, especially with regards to the data center industry, where availability is the client's highest concern. With these advantages of wind power in mind, it's no surprise the renewable energy source is gaining ground among tech decision-makers.

Big players are already leading the way
There's no better confirmation of a trend in the data center industry than a smattering of big tech names competing with each other to see which can deploy a popular technology most effectively. It is quite apparent that wind energy falls under this umbrella.

Simply listing off the companies that have taken an interest in wind energy is all it should take to make it clear that the technology is approaching the mainstream. Amazon has plans to build a 208-megawatt wind farm, one that generates enough energy to power more than 60,000 homes for a year. With addition of this new facility in Ohio, Amazon is hoping to expand its AWS network in the midwest, according to ZDNet.

While HP is not building its own data center, the company has decided to double-down on wind energy, reported Data Center Knowledge. The company decided on this investment in order to offset electricity consumption throughout 1.5 million square feet of data center holdings spread out between Houston, Austin, Plano and Hockley. By signing a long-term power purchase agreement (PPA), HP is able to run their facility off renewable energy without having to commit to building the wind farm themselves.

Tech and media giant Facebook officially announced intentions to operate all their facilities on at least 50 percent renewable energy by 2018, said EcoWatch. As part of this push, according to Data Center Dynamics, the company announced the construction of a 100 percent wind-powered data center earlier this year. The goal is to create green regional grid that can support Facebook's presence in Texas and Oklahoma.

While smaller companies may lack the resources to match the biggest names in the business in terms of deployment volume, seeing the technology take off among the industry's biggest names is still an important clue for tech professionals about the future of the industry.

Data center companies are big fans of these wind farms.

Multiple options available for companies looking for wind power
Building an enormous wind farm is just one way that data center companies can harness the perks of renewable energy. Through a PPA, companies can pay a premium to make sure that their energy generation is either displaced or offset by wind power being generated somewhere other than the company's headquarters. This strategy is especially applicable to deregulated energy markets, where the rules about who can store, sell and generate electricity are more open to innovation, noted GreenBiz. If companies can't afford to build up multiple data centers in a wind-friendly location but still want to drastically change their energy profile, using a remote console server to extended the benefits of a single wind-powered facility across multiple locations is a viable option.