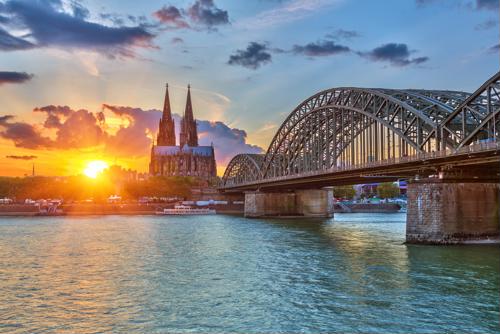 European tech companies have previously pushed for stronger data sovereignty laws and nationally-restricted data centers as a measure to prevent American tech giants for horning in on storage business. The most recent demand for national data storage with borders was ignited by evidence of U.S. espionage activity revealed by American fugitive Eric Snowden. Microsoft Germany has recently announced its intention to run a German-only data center, and this trend may soon send ripples through data center industries worldwide.

Competitive nationalism
Two pieces of leaked information may have a lasting impact on relationships between members of the U.S. data center industry and their international partners. The first reveal, an initiative code named "Treasure Trove," discussed a plan to monitor Internet activity through a complex map of routers and Internet-capable devices. The second relevant leak exposed the NSA's backdoor access ways to Telekom, a major telecom and NetCologne, an Internet provider, says Deutsche Welle.The second leak in particular alerted the attention of German tech leaders and put the recent announcement from Microsoft into motion.

The Snowden leaks, and subsequent ire directed toward American intelligence community, is expected to create lucrative financial opportunities for German telecom companies. The Information Technology and Innovation Foundation predicts that U.S. data centers will lose between $21 billion and $36 billion dollars worth of revenue from foreign clients by 2016. Analysts at research firm Forrester predict an even grimmer outlook for American data facilities, reporting potential losses of over $180 billion. For the small and medium-sized European tech firms in position to snatch this business, these international tensions are a potential boon.

The cloud in court
Microsoft Germany's push for a national data centers also comes at the heels of a recent court decision pertaining to international data storage. A U.S. District Judge ordered Microsoft to provide information stored on an Irish server to the Department of Justice. The tech giant responded by holding itself in contempt and planning for the appeals process, according to Data Center Dynamics. It is no surprise that the European tech industry is considering ways to further separate sections of the Internet. Microsoft's appeal process is sure to raise interesting questions about data sovereignty, such as determining jurisdiction over a networks being accessed by a remote console server from across a border.