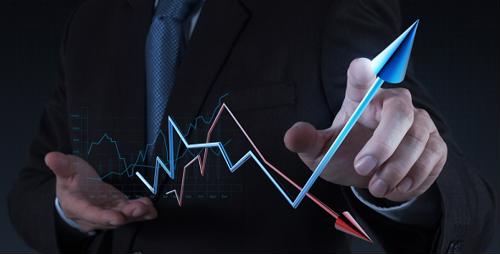 On Oct. 2, 2020, Microsoft released the second edition of its IoT Signals Report, an annual publication on IoT strategy and innovation. Amongst the report's key findings are the continued new use and dependence on Internet of Things-enabled devices, according to Forbes. The report noted that the IoT was one of the few sectors to see continued growth during the COVID-19 pandemic.

New adoption
New adoption of an IoT project expanded in the past year. The IoT Signals Report found that 83% of new adopters were able to move past the learning stage and begin using their new technology in the past year, a year-to-year increase. The countries seeing the most new adoption were China, France, Germany and the U.S.

One of the main reasons for this growth may, perhaps surprisingly, be the COVID-19 pandemic that has decimated so many other segments of the economy. According to the report, 31% of businesses surveyed are increasing their investment in IoT — specifically because of the pandemic. Only half as many businesses said that they were decreasing their use of IoC as a result of COVID-19.

The report provides a case study of a German bottler using new IoT technology to overcome a hurdle created by the pandemic. The bottler recognized that it was getting fewer recycling returns during his country's lockdown and used IoT data to create a new production schedule. The technology allowed the bottler to maximize efficiency during a difficult time.

Increased dependence
In addition to more companies using IoT technology for the first time, more users are describing their IoT as an essential part of their business. 90% of enterprise leaders surveyed described IoT as "critical," up from 88% a year ago. Meanwhile, 95% expected their usage of the technology to increase moving forward.

Amongst the industries where leaders were most likely to view IoT as an important part of their operation were energy, manufacturing and retail. In particular, manufacturing was singled out by the report as an industry with some of the most "ambitious" IoT strategies that are moving forward.

While things are certainly looking up for the IoT industry, not every part of the report was rosy. A total of 97% of enterprises noted that they had security concerns about the new technology, including network level, device track and endpoint security. Microsoft's report also comes on the heels of a similar review from Gartner that argued that the IoT industry has reached a point of oversaturation and may see declines, as some companies implement IoT without a clear strategy and then blame the devices when they don't see results, according to Sdxcentral.

This year's IoT Signals Report was commissioned by Microsoft and carried out by the Hypothesis Group. To complete the report, Hypothesis interviewed over 3000 members of the IoT industry from around the world. The report is intended for use by "Microsoft partners, customers and business leaders," according to Forbes.

We'll continue to bring you the latest developments in the IoT space. In the meantime, to learn more about what Perle can do for you, read some of our customers' success stories.