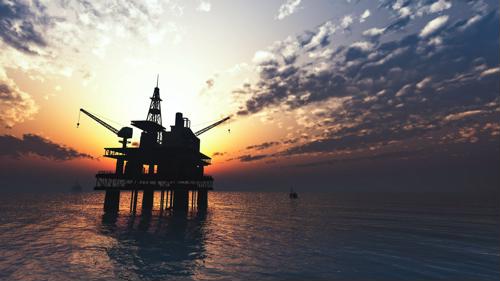 Organizations in the oil industry continue to generate immense revenue. Exxon-Mobil, the largest oil producer in the U.S., earned more than $232 billion last year, according to research from the analysts at Statista. However, the earnings ceiling for the sector seems to have dropped in recent years due to falling demand and prices. The per-barrel cost of crude oil has >decreased significantly from roughly $115 to $50 since 2014, the Energy Information Administration found. This development has forced oil companies to scale down drilling initiatives and cut costs wherever possible. Some executives in the space believe prices will never again reach the historic highs seen earlier in the decade and envision a not-too-distant future in which >alternative energy sources outstrip oil, Market Watch reported. These leaders are calling for increased resiliency planning as a result, urging their colleagues to future-proof their businesses.

"We have to have projects that are resilient in a world where oil has peaked," Ben van Beurden, CEO for Royal Dutch Shell, the biggest oil producer on earth, told reporters during a recent press conference covered in MarketWatch. "When it will happen we don't know, but that it will happen we are certain."

Just how are oil companies preparing for this inhospitable environment? Many are embracing more scalable workflows centered on innovative connected devices. In March of last year, Accenture reached out to oil and gas professionals across the globe and asked them how their respective organizations were >planning for the future. Approximately 80 percent said their firms were investing more in digital workflows centered on business intelligence platforms and IoT devices in an effort to bolster operations. Just what do these technology-infused processes look like? Here are some examples:

Making data actionable with IoT
Oil companies are intimately familiar with large-scale data collection. Most modern oil rigs are equipped with advanced sensor technology designed to collect all manner of operational metrics. However, this data is rarely used. Back in 2015, researchers for the consulting firm McKinsey and Company analyzed approximately 30,000 >offshore oil well sensors and found that less than 1 percent of the information collected by these fixtures found its way back to decision-makers, CNBC reported. In the wake of the recent price declines, organizations in the industry are looking to fill these reporting gaps and bolster their collection capabilities with IoT technology.

For example, engineers from Exxon-Mobil and the Brazilian energy giant Petrobras are investing in miniaturized sensors that facilitate >automated well-monitoring activities, The New York Times reported. Others are adopting advanced backend technology that allows them to make actionable information they have already collected. Technology firms specializing in these kinds of deployments are seeing increased traffic as a result.

"An estimated 80 percent of oil and gas firms are investing more in digital workflows centered on IoT technology."

"In the last six to 12 months, we've seen a spike in people's interest in the data that we can bring to the table," Chris Blackford, co-founder and chief operating officer of the data analytics firm Sky-Futures, which counts both the Chevron Corporation and BP among its customers, told The Times.

Blackford's organization offers services center on a niche technology that is getting considerable attention in the oil sector: unmanned aerial vehicles. A large number of the oil companies adopting these solutions are doing so in order to bolster their existing rig inspection processes and improve worker safety. Last year, the French oil company Total conducted an inspection drone trial in which a UAV was tasked with inspecting an entire offshore platform, a task that normally takes a 12-man crew 14 weeks to complete, Reuters reported. The drone completed the inspection in two days, resulting in a cost reduction of 90 percent.

Some innovators have promoted more ambitious use cases, according to Digital Energy Journal. In 2014, the National Research Agency in France partnered with Total to launch the Autonomous Robot for Gas and Oil Sites Challenge, with the goal of developing advanced, multifaceted autonomous vehicles made for use at production areas of all kinds. The event has produced multiple prototypes in use today.

Looking to the future
Oil companies long resisted integrating advanced technology into their operations. Now, with the energy marketplace changing, they are open to embracing advanced solutions such as the IoT devices mentioned above.

"IT is back in fashion," Kenneth Vareide, director of business enhancement for the Norwegian consultancy DVL GL, said to The Times. "Companies already have taken out a lot of costs from their operations. Digital offers a new opportunity that really hasn't been tapped yet."

As organizations in the oil sector embark on IoT-driven cost-saving and operational-improvement programs, Perle will be there to provide the essential connective infrastructure needed to support industrial IoT functionality. Major enterprises in the space like Chevron, Shell and Spectra Energy trust us to deliver reliable digital solutions. Connect with us today to learn more about our work.