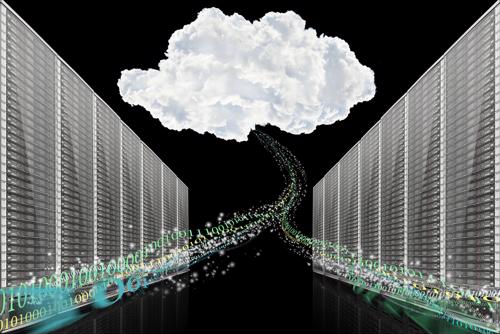 2015 was a year of big changes across the data center industry. The threat of cyberattacks drove paradigm shifts in how IT professionals view security challenges. A rise in Internet of Things adoption substantially increased the number of connected devices found in data centers, simultaneously spelling the end of IPv4. Finally, the cloud made leaps and bounds in terms of credibility and cost-effectiveness. Enterprise data centers saw their business models evolve in an effort to stay relevant.

New Year's Day is fast approaching, so it won't be long before this year's trends makes way for the challenges of 2016. IT teams can gain an advantage by looking ahead to next year and scheduling hardware updates to reflect the industry's new directions.

Local storage and the cloud finally make peace
It seems like dozens of blogs were debating over whether cloud storage was the end of the enterprise data center market for years. As we reach 2016, however, the debate seems to be on its last legs. According to Data Center Knowledge, the decision-makers across the industry have now acknowledged the potential for enterprise storage and the cloud to work in tandem. Over 40 percent of data worldwide is expected to live on or move through the cloud by 2020. Even if IT teams are not working with data in the cloud, they should still be brought up to speed on the basics in 2016.

"More facilities are looking to renewables as means of offsetting costs."

Renewable energy adoption will continue to expand
More and more facilities, especially big names like Google, Amazon and Microsoft, have looked to renewable energy as a means of offsetting the increasingly difficult job of keeping energy costs under control. An ailing power grid and spiking electricity prices, as well as pushes by the public and federal government for data centers to slow down their consumption, played a part in driving this trend. Expect even more of the industry to take advantage of this technology in 2016 now that the price of renewables has seen a sharp decline.

Open standards are on the horizon
Open standards for data center development are now a reality thanks to advances in cloud technology. Facebook's Open Compute Project has served as the industry's leader in this regard, deploying the technology in hyperscale data centers to eliminate costs and redundancies in operations, according to TechTarget. If open source continues to catch fire, the entire industry will have to rethink approaches to software and hardware design. Adoption may pose a problem in the near future, but the fact that several industry leaders have already jumped onboard the hype train is a good sign for open standards.

Architecture updates may outpace technology upgrades
Consolidation used to refer to companies moving all of their infrastructure to the same facility. However, some experts have begun to question this strategy, arguing that the rapid increase in data quantities and apps in the data center have made centralized facilities more difficult to operate than ever before. These days, cloud deployment and virtualization in storage and network systems has become essential to fill the gap. As a result, companies are investing in new Ethernet switches and hardware configurations over adding new racks to their network. Expect these trends to continue in 2016 as these strategies become even more cost-effective.

Expect some changes as the data center industry chugs along into 2016.

Liquid cooling is finding its flow
Most data center operators still turn pale at the idea of purposely getting data center components close to water, but the cost-effectiveness of these strategies are almost too appealing to ignore. Furthermore, familiarity with liquid cooling techniques is at an all time high thanks to recent conversions across the country. It won't' be surprising if liquid cooling makes a big leap into the mainstream during 2016.