Should your company adopt wearable tech? 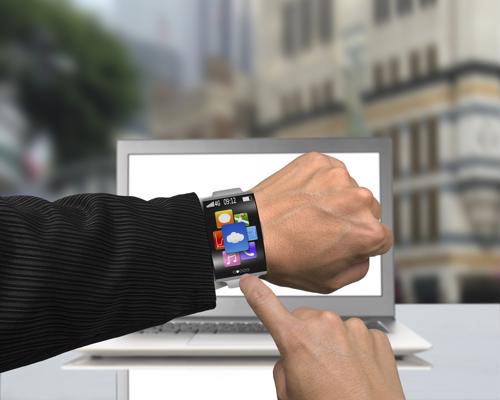 Wearable technology is fast entering the workplace. Smartwatch manufacturers like Fitbit, Garmin and Apple have found success, meaning innovation and increased product variety are imminent. While many of these more integrated products target the consumer market, the enterprise space is also seeing its share of wearable devices.

So the question becomes: adapt or wait? When an organization is considering adopting wearable technology into its office infrastructure, here are some issues to consider:

Understanding the purpose of wearables
First off, wearable technology is more than smartwatches and augmented reality glasses. The technology has existed for over a thousand years. Its first massive innovation - convex lenses - was invented back in 1286, according to Visual Capitalist. Since then there have been a plethora of products, from abacus rings to calculator watches that have been designed with two principles in mind: be convenient and improve performance.

Every successful piece of wearable technology has met at least one of these criteria. However, in the case of mass workplace adoption - both are essential. Even the best gadget will under perform if 40 percent of the company never understands how it fully works.

One example of a success story is ODG, an AR headset manufacturer that creates hardware specifically for rugged environments. The developers at this company understood that, in order to be useful and worth the investment, their product had to be able to be worn in hazardous environments with other heavy equipment and less than perfect air quality. According to TechRepublic, this required ODG to create a new segment of its product lineup, limiting its audience size but ensuring the AR glass were actually useful.

Learning from failure: Google Glass and Snapchat Spectacles
Two of the more prominent recent failures in wearable technology were Google Glass and Snapchat Spectacles. Both were at least initially aimed at mass market audiences. According to the Guardian, Google Glass failed with consumers due to its appearance - which wasn't appealing to wear in public - and serious concerns about privacy. Google Glasses can take pictures or record video virtually anywhere, a feature that, while sounding compelling, unnerved those without their products.

The Snapchat Spectacles failed due to the privacy issue as well, but also several important non-product-related complications. The parent company, Snap, botched the product rollout and confused its supply chain, according to TechCrunch. In the months surrounding the launch, Snap seemed unable to decide whether it wanted a limited, confined rollout or if it should release the product through major vendors. The results were drastic vendor shortages during launch.

Furthermore, the few users who tried Snapchat Spectacles didn't use them for long. The hardware wasn't intuitive and Snap failed to devote resources to showing users how to make worthwhile creations with the hardware, leading consumers to not understand why they needed the device in the first place.

While these were consumer products, businesses should still pay attention to their failures as they contain appropriate and applicable lessons for enterprise device adoption. Privacy concerns may not be nearly as big an issue in the workplace, but employees can still potentially misuse the devices, which could possibly incriminate organizations without proper HR strategies.

The Snapchat Spectacles tell a deeper cautionary tale than Google Glass. Google is a company large enough to survive failure. It swallowed the initial loss of Google Glass, then repurposed the hardware exclusively for enterprise use. If organizations trust a smaller provider, however, that has launch problems similar to Snap - then they may invest heavily in a device that will not be properly supported or improved.

Seeing the future: from IoT to IoB
While smartwatches and AR glasses dominate the conversation now, wearable technology is already expanding to new fields. Smart clothing may be coming soon to the enterprise space, depending on the success of products like Google and Levi's new smart jacket. The idea is to reduce user dependency on screens, hiding the hardware subtly in a way that makes it look like the wearer just has normal clothes.

According to The Washington Post, this product can still provide the user with phone calls, time checks and real-time directions. The enterprise applications of such technology - essentially executives wearing their assistants - is not hard to imagine. By wearing increasing amounts of data-collection technology, the internet of things will transition into the internet of body.

Wearable technology is not a fad that will go away. In order to be implemented properly, organizations will need powerful, consistent network connection quality. Perle understands the demand that wearables will bring to bandwidth and will work with your organization to improve network infrastructure. Contact Perle today to learn how we can help augment your enterprise with new tools to support IoT and IoB hardware.