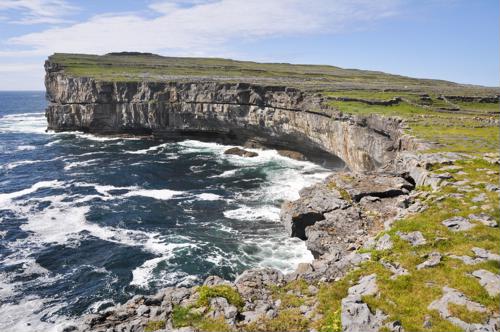 Giant Internet cables run under the ocean, connecting networks across hemispheres and continents. These cables are extremely difficult to install, fund and maintain, so the addition of one such cable can make a big splash wherever the connections end up landing. In this case, the major news is for the city of Cork, according to Data Center Knowledge. Though the town is a major city, its distance from data center-hub Dublin has prevented a significant data center presence from taking up residence in the city. Access to a new cable connecting the town to the U.K. and North America is sure to shift the status quo.

Added cable means new options for Cork facilities
Residents of Cork, along with the company installing the cable, Hiberia Networks, hope that the new cable will be the first in a long list of new technologies that eventually make their way to Southern Ireland. In an ideal world, with greater interest in data center construction would also come greater interest in deploying fiber-optic broadband across the area to meet the data transfer needs of modern data centers. Existing data centers running on legacy infrastructure could take advantage of these advancements as well, thanks to dedicated Fiber-to-Ethernet gear that simplifies the process of upgrading copper cables.

More about submarine cables
Submarine cables are easily one of the most impressive logistical feats of recent human history. According to Mental Floss, there are nearly 300 submarine communication cables currently under the waves. About 20 of these cables are inactive, set to turn on once another cable has exhausted its 25 year service life. In addition to having contingency plans for aging wires, the scientific community has been hard at work to prevent current submarine cables from becoming obsolete. Recent advances in phase modulation techniques have made it possible for companies to greatly increase a submarine cable's capacity to account for growing amounts of online traffic. Despite the inherent difficulties to running Internet cables under the sea, the project is still cheaper and more effective than expanding access via satellite.