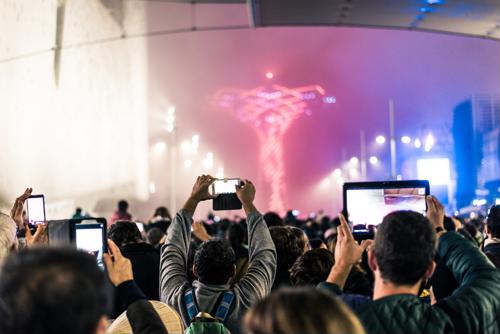 For over 50 years, the Consumer Technology Association has hosted an annual event - simply named CES - to showcase the newest global innovations in consumer technologies. Manufacturers, developers and suppliers of consumer tech hardware and delivery systems are invited to take part in the three day event, which serves as a product introduction for a range of marketplaces. CES 2019 was held at the Las Vegas Convention Center on January 8th and featured a number of groundbreaking developments, including several IoT announcements that have already generated a good deal of industry buzz.

One of the most exciting presentations came from Sprint, which outlined three new projects that combine its 5G capabilities with innovative IoT applications. At the core of these projects is Sprint's Curiosity IoT core network and operating system, the first fully virtualized and distributed product of its kind. Companies and city officials around the U.S. are hoping to utilize Sprint's powerful network infrastructure and OS to supercharge their existing applications or support the deployment of entirely new systems. So what projects are in the pipeline for 2019?

A press release from PRNewswire touched on the importance of advanced "micropositioning" technology as part of Greenville's shift toward integrated smart machines, pointing out that real-time reactions and navigation will heavily rely on seamless 5G connectivity. Once installed, these extensive data networks will open up new possibilities for leading technology companies and digital start-ups to experiment with smart city artificial intelligence and robotics.

2. Peachtree Corners' smart vehicle test track
Officials from Peachtree Corners, Georgia, have begun construction on a 500-acre technology park that will house a new type of smart vehicle test track. The 1.4-mile stretch of road will test connected vehicles using Sprint's Curiosity IoT and 5G network, starting with a self-driving shuttle bus. The Gwinnett Daily Post reported that the autonomous shuttle pilot program will cost the city an estimated $2 million, though officials hope it will attract companies and investors to the area.

The track is designed to test the vehicle-to-vehicle, vehicle-to-infrastructure and over-the-horizon communication capabilities of modern autonomous driving systems, with the stated goal of refining the technology to support wide-scale deployment. Similar tracks are already in operation in other parts of the country and are regularly used to evaluate how well connected vehicles are able to perform a range of operations, including lane changes, sudden stops, exiting highways and responding to nearby emergency personnel.

3. Mapbox's "precision mapping" partnership
Mapbox's new partnership with Sprint seeks to improve its existing Live Map software, which collects data from millions of location-enabled sensors to provide real-time information. Smart machines rely on a constant stream of precise location mapping data to navigate accurately and make rapid course corrections when needed. Mapbox hopes to take advantage of the low latency and high bandwidth of Sprint's Curiosity IoT and 5G network to provide connected machines and devices with a higher volume of data and greater levels of detail. An article from GPS World Magazine highlighted the importance of precision mapping systems for autonomous delivery machines, including drones and unmanned package vehicles.

Without reliable real-time information, self-driving fleets would not be able to efficiently navigate complex city environments. As it stands, autonomous vehicles have a hard time dealing with traffic congestion and the movement of pedestrians in crosswalks, especially in highly populated areas. By incorporating artificial intelligence, Mapbox plans to provide smart vehicles with a more complete picture of real-time transit paths as they travel to their intended destinations.

Large-scale deployments need reliable infrastructure
The biggest challenge ahead for IoT  innovation is the heavy reliance on industrial-grade networking equipment. Without dependable hardware, like Serial Terminal Servers and Media Converters, these expansive IoT projects might experience significant operational disruption. One of the goals of Sprint's many partnerships is to more completely understand the points of failure that might lead data networks and interconnected systems to fall apart. In the purest sense, these test pilots are laying the groundwork for a digitized future and revealing vulnerabilities that may otherwise lead to a technological dead end for IoT.

Perle offers high-performance networking tools that can reinforce critical infrastructure and keep companies pointed toward a sustainable outcome. Read some of our customer stories to find out how we've helped other tech companies push the limits of IoT technology.