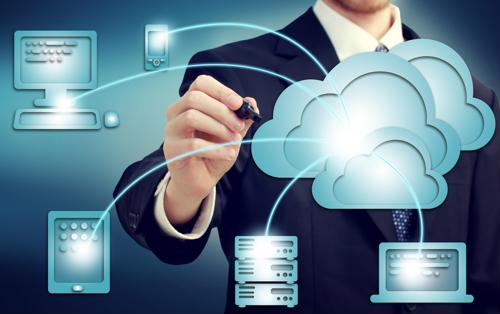 When it comes to technological innovation in commercial industries, big data and internet-of-things devices are the clear frontrunners. Companies around the world have embraced the transformative capabilities offered by IoT applications as a means of boosting productivity, generating actionable insights and supercharging their business decision making, but large-scale deployments come with a wide range of challenges. For one, a massive number of popular IoT devices possess glaring security vulnerabilities that cybercriminals can easily exploit, leaving enterprises open to exploitation and financial losses.

"Most IoT devices are being compromised by exploiting rudimentary vulnerabilities, such as easily guessable passwords and insecure default settings," said Raj Samani, chief scientist at McAfee, in an interview with Help Net Security. "From building botnets, to stealing banking credentials, perpetrating click fraud, or threatening reputation damage unless a ransom is paid, money is the ultimate goal for criminals."

Data storage is another glaring issue, as companies without scalable system and network infrastructures are limited in their ability to expand their fleets of IoT devices. According to the International Data Corporation, there will be approximately 41.6 billion IoT devices generating over 79.4 zettabytes of data in 2025. The amount of data created by connected IoT devices is projected to expand at a CAGR of 28.7% between 2018 and 2025, which illustrates the need for increased investment in database technologies. But how can companies overcome these implementation barriers and confidently step into the future?

Improving device and network cybersecurity
Many of the cybersecurity issues enterprises are wrestling with are a direct result of a lack of standardization within the IoT manufacturing industry. While most tech companies adhere to general security guidelines and best practices, there is little agreement about the specific capabilities developers should build into their connected devices. Another area of concern is the lack of cyber threat awareness on the part of key decision makers and the general workforce.

A 2019 study from Shared Assessments and the Ponemon Institute found that 26% of surveyed corporate governance and risk executives reported experiencing a data breach that was caused by unsecured IoT devices. What's more, 84% of respondents believed it was highly likely their companies will suffer a data breach in the future due to an exploited IoT device. Despite these concerns, only 11% said their organizations are actively educating employees about the risks posed by connected technologies. Some common solutions to IoT cybersecurity deficiencies include:

The most effective cybersecurity policies incorporate both network- and device-level protocols, as this full-spectrum approach offers additional layers of protection against data breaches, malware infections, DDoS attacks and more. However, it's important to recognize that cybercriminals largely target databases that store sensitive consumer and business information, making these assets a key concern for IT and security experts.

"As the market continues to mature, IoT increasingly becomes the fabric enabling the exchange of information from 'things', people, and processes. Data becomes the common denominator - as it is captured, processed, and used from the nearest and farthest edges of the network to create value for industries, governments, and individuals' lives," said Carrie MacGillivray, group vice president of IoT, 5G and Mobility at IDC, in a 2019 press release.

According to a 2017 report from G2M Research, over 79% of surveyed business leaders believe their current storage infrastructure will not be able to handle the massive amount of data their industries collect within the next five years. While there are a variety of solutions within the database, cloud and SaaS marketplaces, IT decision makers will need to think carefully before investing.

Perle offers powerful connectivity tools that can help organizations maximize their IoT security and storage applications and maintain performance during new deployments. Our industrial-grade Ethernet switches and console servers are designed to work within big data environments that rely on the uninterrupted flow of large data stores. Read some of our customer stories to find out how we've empowered other forward-thinking companies to take full advantage of their IoT systems.