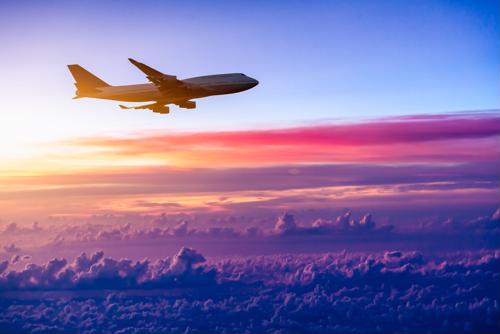 As the world continues to grow more interconnected, the transportation industry is having to develop new methods and technologies to help improve services, attract customers and stay ahead of maintenance issues. This push for innovation is particularly apparent in aviation, as many airlines have struggled to keep pace with the rising demand for comfortable and affordable seating on commercial flights. By the year 2035, an estimated 7.2 billion passengers will travel by airplane, according to the International Air Transport Association, which is nearly twice as many air travelers as in 2016. To stay ahead of increased foot traffic and heightened consumer expectations, airlines and airports have begun integrating the internet of things at scale.

Airport 2.0 and the future of commercial aviation
Integrating IoT technology into modern airports is only the first step in the broader digital transformation taking place throughout the aviation industry. By installing a network of sensor-equipped devices, airport officials are able to gather an unprecedented amount of data on seasonal travel patterns, customer behavior and more. Rather than redesigning or restructuring an entire airport, these devices allow officials to accommodate the increase in foot traffic by having greater control over arrivals and departures.

The Kittilä airport in Finland is a great example of how IoT systems can help streamline passenger management and reduce overcrowding during peak travel seasons. According to a 2019 article from TechHQ, the airport recently began experimenting with artificial intelligence and data analytics to make air travel more attractive to customers who pass through its terminals. Finavia, the company that manages Finland's airports, partnered with the advisory firm Fourkind to assess the limitations of Kittilä's resources, finding that the facility wasn't able to meet the seasonal demands of the country's large tourism industry. The airport has just 12 parking lots for arriving and departing planes, which leads to scheduling conflicts and unexpected delays during the busy season.

That said, adding more resources was deemed unnecessary, as the airport only receives a few flights per day outside of the holiday travel window. Instead, the airport management company enlisted the help of Fourkind and Reaktor, a hybrid consulting firm, to create a new, automated parking solution. The application is now connected to almost every faucet of the airport's management system, helping air traffic controllers find available bus routes and dictate landing permissions more efficiently.

"We learned that by formulating all objectives and restrictions related to the aircraft parking problem mathematically, we can find the unique best parking plan among the billions and billions of alternatives very efficiently by utilizing a tailored optimization algorithm," said Maria Pusa, a Fourkind data scientist, in an interview with TechHQ.

One year after the system was installed, officials at the Kittilä airport were able to decrease the number of "airport-influenced flight delays" by more than 60%. The amount of time passengers waited on delays was also reduced by around 66%, leading to higher customer satisfaction and fewer cancelations.

In-flight IoT: Improving airplanes with connected technologies
In addition to the numerous on-the-ground applications of IoT systems, aviation companies are also interested in outfitting their commercial jetliners with connected sensors to help improve their predictive maintenance capabilities. The ability to collect and analyze a massive amount of operational data can provide a wealth of insights into how specific planes are performing and whether any minor mechanical issues have been detected. This can not only reduce maintenance windows for commercial airplanes, it can also help airline managers ensure all equipment and flight systems are working properly before and after takeoff.

Another potential use for IoT in aviation is currently being pioneered by Airbus, which announced the launch of a new connected air cabin platform in 2019. The Airbus Connected Experience links a variety of cabin components in real-time, including galleys, food trolleys, seats, overhead bins and cargo holds. This enables cabin crews to monitor passengers' in-flight behavior and gather detailed information for future trend analysis. Air travelers may also benefit from the platform, as it allows passengers to check the progress of their flight, stream videos from third-party apps and much more. Of course, aggregating data from a large fleet of sensors is difficult without the right IT infrastructure in place. Over time, airlines will likely need to scale up their storage capacity and processing power to keep pace with their growing information stores.

Luckily, Perle offers industrial-grade networking tools that can help keep critical IT systems and data secure. Our console servers and terminal servers give system administrators the ability to customize their remote access protocols and ingest data from thousands of endpoints. Read some of our customer stories to find out more.