What IPv6 means for IoT networking 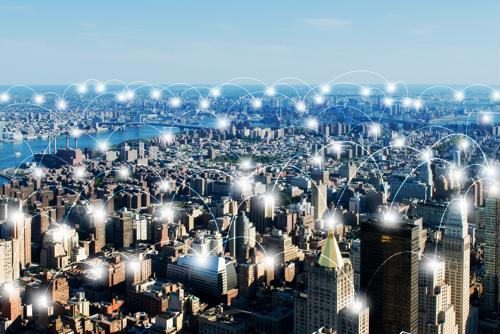 When the internet of things first emerged as a conceptual framework in 1990, few anticipated the monumental impact it would have on commercial and industrial applications. The idea of a fully networked fleet of objects (or "things") connected to the internet was certainly appealing, but the rapid growth of the technology outpaced even the wildest optimists' expectations. A 2018 report from Gartner estimated that 14.2 billion internet-connected devices will be in use by 2019, a number that is expected to reach 25 billion by 2020. While this rapid increase certainly bodes well for the IoT marketplace, there are serious concerns about whether the current internet protocol, IPv4, will be able to accommodate the flood of new devices.

The Internet Protocol system is one of the core internetworking methods used by the modern internet - it is in charge of assigning unique identifiers, called IP addresses, to every connected device. The system is also tasked with delivering packets of information from one source to another, allowing data to flow between devices with only a minor risk of confusing the intended destination. So how might an extra 10 billion devices cause problems for this networking method?

IPv4 limitations
Believe it or not, the IPv4 system in use today was developed by The United States Department of Defense back in the early 1980s. The protocol was originally deployed as part of the Advanced Research Projects Agency Network, which later became the foundation for how the modern internet operates. The issue, however, is that IPv4 relies on 32-bit addresses, limiting the number of unique identifiers it can accommodate to around 4 billion, according to the Federal Communications Commission. This poses a major obstacle for large-scale IoT deployments moving forward, as there simply aren't enough IP addresses for all the devices planned for deployment.

Many businesses have been able to get around this limitation by implementing additional layers of technology, such as network address translation, to allow multiple locally connected devices to share a single public IP address. But with a deluge of new machine-to-machine applications on the rise, this method will not remain sustainable much longer.

The IPv6 revolution
In contrast to IPv4, the IPv6 system is based on 128-bit addresses and is able to facilitate close to 340 undecillion unique IP identifiers. This is a massive increase in capability that promises to supercharge the IoT revolution, but that's not all the new system improves upon. IPv6 also supports auto-configuration, integrated security and a variety of new mobility features, enabling a higher degree of network complexity. While the IPv6 system is not backwards compatible with IPv4, both protocols are able to work in parallel without significant disruption. For example, upper layer protocols like TCP and HTTP function in the same way for both systems.

The Internet Society, in partnership with several large companies, formally launched IPv6 in 2012 and has continued to campaign for its adoption over the past seven years. In 2018, the organization reported that around 25 percent of all internet-connected networks possess IPv6 connectivity, with 49 countries delivering at least 5 percent of their traffic over the system. According to Google, 24 of these countries have IPv6 traffic that exceeds 15 percent of total network usage, which is quite an accomplishment in such a short time frame. Broadband internet service providers have been a driving force in the transition from IPv4, both in the U.S. and abroad. Comcast leads the charge in the U.S. with IPv6 deployment exceeding 66 percent, whereas British Sky Broadcasting has reached an impressive 86 percent in the UK.

Another major advantage of IPv6 is its highly efficient multicast communication feature, which all but eliminates the need for routine broadcast messaging. A February article from Network World pointed out that this improvement can help preserve the battery life of IoT devices by reducing the number of network-wide packets each device must process. For example, an Address Resolution Protocol is used to bind MAC addresses to IPv4 addresses by sending the same message to every device in a network, whether or not they need to be involved in the exchange. Once the message is received, the ARP packet is processed on the device-level, which can unnecessarily drain battery power and lead to more frequent replacements.

The shift to IPv6 is already underway and it's only a matter of time until IPv4 is cycled out completely, but businesses have a good deal of time to prepare their network infrastructure for the inevitable transition. Large-scale IoT deployments, in particular, face a number of unique challenges, as networks built on IPv4-compatible hardware may not be able to fully integrate IPv6 without replacing their Serial Terminal Servers and Ethernet I/O Device Servers. Luckily, Perle offers high-performance networking tools that are compatible with any IP network.

Read some of our customer stories to find out how we've helped other companies prepare for the internet of tomorrow.